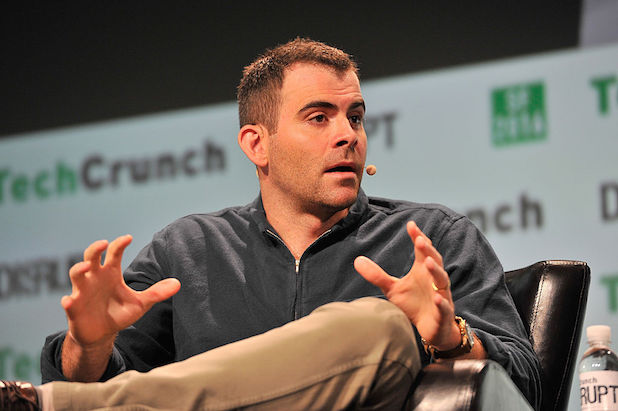 If users think that Instagram is listening to their conversations when an all-too-precise ad shows up, Instagram head Adam Mosseri says its nothing more than a coincidence.

In an upcoming TV interview with CBS “This Morning” co-host Gayle King — his first since taking over Instagram — Mosseri insisted the popular Facebook-owned pictures and messaging app does not spy on its users’ conversations in order to boost its ad business.

“We don’t look at your messages, we don’t listen on your microphone,” Mosseri said. “Doing so would be super problematic, for a lot of different reasons.”

King remained unconvinced that, if she’s talking about a product with her friends, she won’t be hit with a targeted ad for it.

Mosseri explained there are two ways this can happen: one being “dumb luck,” and the second being because “it’s top-of-mind,” or that a user has interacted with that kind of content more lately.

The theory that Facebook and other tech giants listen to their users’ conversations has picked up steam in recent years. Facebook chief Mark Zuckerberg even addressed the issue during a trip to Washington, D.C. last year.

“Let me be clear on this: You’re talking about this conspiracy theory that gets passed around that we listen to what’s going on on your microphone and use that for ads,” Zuckerberg said in response to Sen. Gary Peters. “We don’t do that.”

King’s interview with Mosseri also touched on Facebook and Instagram’s recent decision to not remove a deepfake video — where someone is edited to say or do something they haven’t done — of Zuckerberg. The decision came soon after the company decided against removing a deepfake video of House Speaker Nancy Pelosi appearing drunk.

Mosseri said he “doesn’t feel good” about deepfakes, but purging them isn’t the answer. Earlier this month, an Instagram spokesperson told TheWrap that when something has been deemed misinformation by third-party fact checkers, the content is downgraded and filtered from its recommendations.

Also Read: Tech Execs on How to Balance What’s Good for Society and Shareholder Obligations

“We are not going to make a one-off decision to take a piece of video down just because it’s of Mark and Mark happens to run this place,” Mosseri added. “That would be really inappropriate and irresponsible. We need to have defined principles and we need to be transparent about those principles.”

King countered that deepfakes should be a concern since they’re “influencing people with things that aren’t true.” Mosseri said that rather than take down all deepfakes, Instagram is more concerned with catching them soon after they’re posted in order to limit their reach.

Mosseri’s interview with King will air on Wednesday morning at 7:00 a.m. ET on CBS.