Home Conservative Life How the Navy tapped a jailed sex offender to be a department... 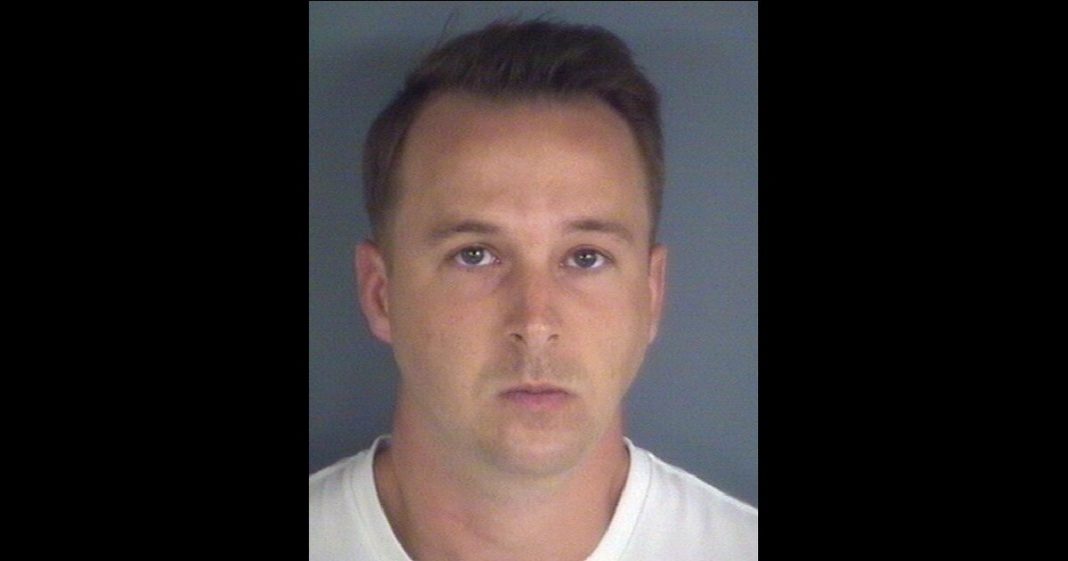 Lt. j.g. Michael Douglas McNeil recently joined dozens of other junior surface warfare officers in getting selected to be a future department head.

The list of those eligible for the afloat position was released Friday by Navy Personnel Command.

But whether news of this career milestone reached the 31-year-old in federal prison remains unknown.

McNeil is currently serving a bid for trying to arrange sex with a 12-year-old deaf girl and is locked up until 2027 at a low-security facility in Texarkana, Texas.

Still active duty and still listed as being assigned to the guided-missile destroyer Lassen, McNeil was sentenced to 10 years in March by a federal judge in Florida.

An eagle-eyed reader first alerted Navy Times to McNeil’s inclusion on the list, and Military Times brought it up with the Navy.

When asked why McNeil was tapped as a future department head, Navy officials said his record hadn’t been updated when the board convened.

Thanks for signing up!

By giving us your email, you are opting in to the Early Bird Brief.

The “civil action report” denoting that McNeil had been convicted had not made its way into his personnel file when the board met, according to Navy Personnel Command spokeswoman Cmdr. Krin Burzynski.

“Only the information contained in a military record is considered at a selection board,” she said in an email Tuesday. “Any outside information that is not part of the official record cannot be considered or introduced. As such, Lt. j.g. McNeil was selected based on the available information at the time of the board.”

The Navy is in the process of administratively separating McNeil, she said.

McNeil likely won’t stay on the list because a future board “will review the records of all previously screened officers for any deviation from the ‘best and fully qualified’ standard,” according to Burzynski.

“Officers are removed, or de-screened, from promotion and selection status depending on the decision of the board members after they have reviewed any newly introduced, adverse information in the officer’s official record,” she said. “The Navy reviews the records and status of all officers to ensure only the ‘best and fully qualified’ are selected.”

McNeil pleaded guilty in December to one count of attempted online enticement of a minor.

As part of his plea deal, he waived his right to a Navy board of inquiry and will receive an “other than honorable” discharge.

The SWO department head board looks at officers with three to five years of commissioned service, and there are several years between selection and the beginning of a department head tour, Burzynski said.

McNeil believed he was texting and messaging with the uncle of a 12-year-old deaf girl last August, but he was actually communicating with an undercover Clay County, Florida, sheriff’s detective.

It started when the detective posted a meme to an online forum that read, “my adopted niece and I are looking for family fun,” according to court records.

The next day, McNeil repeatedly pestered the undercover agent for pics of the child and said such an encounter had “been a fantasy of mine,” according to court records.

“Lol, its just you and her?” McNeil replied.

The two exchanged about 239 texts from Aug. 29 to Aug. 30, and McNeil sent an explicit photo of himself, asked for pics of the child and queried about her sexual experience, according to court records.

McNeil went to meet who he thought was the girl’s uncle on Aug. 30 at a local Starbucks and was arrested.

In custody, he told authorities he was “a well-intentioned ‘vigilante’” and was going to meet the uncle to identify “a potential criminal,” authorities indicated.

Detectives explained to the officer why his vigilante alibi “didn’t make sense,” and McNeil told authorities he “wouldn’t have went through with it,” according to court records.