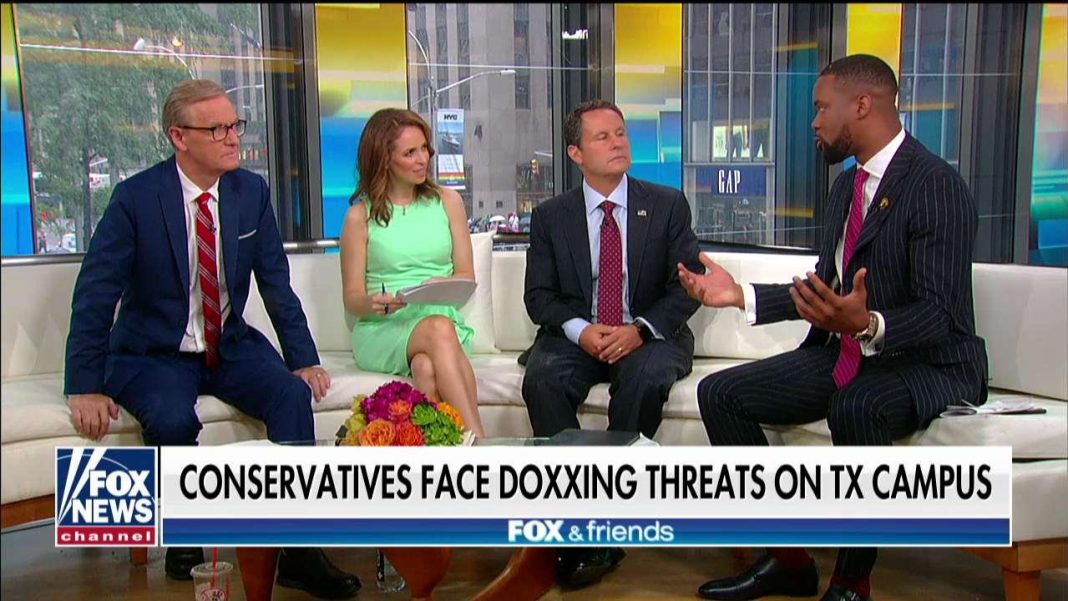 An Austin, Texas student group has threatened incoming freshman that it will post their public information if they join a conservative club on campus.

The Autonomous Student Network, which was previously suspended from Twitter for doxxing supporters of Supreme Court Justice Brett Kavanaugh during the nomination process, is now threatening similar action to University of Texas-Austin freshman who join groups like the Young Conservatives of Texas or Turning Point USA.

“Hey #UT23! Do you wanna be famous?” the self-described “antifascist” account tweeted. “If you join YCT or Turning Point USA, you just might be. Your name and more could end up on an article…So be sure to make smart choices at #UTOreientation.”

The previous articles featured photos of conservative student leaders with their photos posted, along with personal information about them including phone numbers and emails, labeling them as “dangerous” and accusing them of “harassing professors, infiltrating student groups, and rigging student elections.”

It added: “If you begin to spot the young racists trying to join YCT or TPUSA, send us a tip so we can keep our reports up to date.”

The Texas native pointed out that Texas Gov. Gregg Abbott and President Trump have both taken steps to defend free speech on college campuses.

“It’s all about the money…all of these universities get some sort of federal funds,” Jones said. “Take it away and I guarantee you’ll get their attention.”

“Students should never be targeted or face harassment for their affiliations, political beliefs or any other reason,” Bakre said. “The anonymous group behind this doxxing is not affiliated with the university, is not a registered student group, and should not present itself in that way. As they did last fall, University Police are continuing to work to ensure the safety of any targeted students and monitor for any potential criminal actions.”