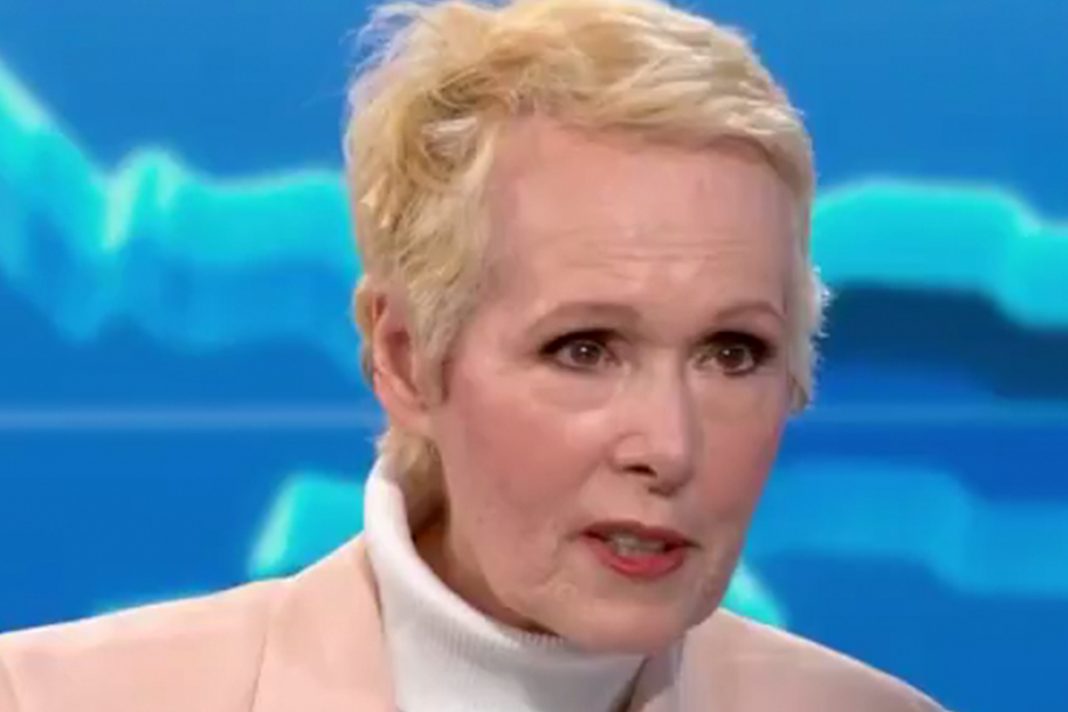 A TV interview with the author who accuses Donald Trump of sexual assault had to be abruptly cut short when she bizarrely called rape “sexy”.

CNN presenter Anderson Cooper quickly moved to an advert break after E Jean Carroll declared: “I think most people think of rape as being sexy… Think of the fantasies.”

Agony Aunt Carroll, 75, was speaking days after she accused the US President of sexually assaulting her in a posh New York department store.

Speaking of the alleged incident, she told Cooper: “I was not thrown on the ground and ravished.

“The word rape carries so many sexual connotations…this was not sexual.”

Anderson replied: “I think most people think of rape.. as a violent assault. It is not sexy.”

To which she replied: “I think most people see rape as being sexy.”

Then after a short pause she added: “They think of the fantasies.”

A shocked Cooper then cut to the break mumbling “we’ll talk more on the other side.”

Carroll – known for her ‘Ask E. Jean’ column -then stared oddly at the popular CNN host and said: “You’re fascinating to talk to.”

She also spoke more about the day she claimed she was targeted by the US president in a changing room.

She said: “I always think back and think that was the stupidest thing I’ve ever done. I should have never done it.

“That was just a dumb thing to go into a dressing room with a man I hardly know and have him shut the door and then be unable to stop him.

“I was a competitive athlete. I didn’t freeze, I rose to the occasion. It did not last long. And that’s why I don’t use the word you just used. I use the word fight.”

She justified her definition of the attack citing the women across the globe enduring prolonged sexual assault in their lives.

I think most people see rape as being sexy. They think of the fantasies

Mr Trump earlier denied the shocking claims he sexually assaulted the columnist in the 1990s saying “she’s not my type”.

The US President said Carroll  was “totally lying” about the alleged attack which is said to have happened 23 years ago.

When asked if Carroll was lying, Trump on Monday repeated his assertion that he had never met her.

“Totally lying. I don’t know anything about her,” the politician said.

It was Mr Trump’s third denial since the writer went public with her claims, he previously accused her of “trying to sell a new book” and “peddling fake news”.

In an earlier nterview with CNN Elle columnist Carroll said she would now consider pressing charges against Mr Trump.

“He pulled down my tights, and it was a fight,” she told the broadcaster talking about the alleged incident in the Bergdorf Goodman department store in Manhattan, in 1995 or 1996.

“I fought. It was over very quickly, and it was against my will, 100 per cent. I fought and then I ran away.”

She added that she was glad Mr Trump does not consider her his type. “I love that,” she said. “I’m so glad I am not his type.”

At the weekend, Trump  issued an extraordinary denial to Carroll’s claims – comparing her allegations to those levelled at the US Supreme Court Justice Brett Kavanaugh.

I’ll say it with great respect: Number one, she’s not my type. Number two, it never happened

He said: “I’ve never met this person in my life. She is trying to sell a new book – that should indicate her motivation. It should be sold in the fiction section.

“Shame on those who make up false stories of assault to try to get publicity for themselves, or sell a book, or carry out a political agenda – like Julie Swetnick who falsely accused Justice Brett Kavanaugh.

“It’s just as bad for people to believe it, particularly when there is zero evidence. Worse still for a dying publication to try to prop itself up by peddling fake news – it’s an epidemic.

“Ms Carroll and New York Magazine: No pictures? No surveillance? No video? No reports? No sales attendants around??

“I would like to thank Bergdorf Goodman for confirming they have no video footage of any such incident, because it never happened.”

Carroll, now 75, claimed in New York magazine that he had launched the violent attack after encouraging her to try on lingerie in either late 1995 or early 1996.

Author E. Jean Carroll who accuses Donald Trump of sex assault hits back at claims she is just trying to sell a book

She alleged: “The moment the dressing-room door is closed, he lunges at me, pushes me against the wall, hitting my head quite badly, and puts his mouth against my lips.

“He seizes both my arms and pushes me up against the wall a second time, and, as I become aware of how large he is, he holds me against the wall with his shoulder and jams his hand under my coat dress and pulls down my tights.”

She alleged that he then began “forcing his fingers around my private area” before thrusting “his penis halfway – or completely, I’m not certain – inside me”.

Carroll, who has had a column in Elle magazine since 1993, said that her encounter with Donald Trump had started friendly – with him recognising her as “that advice lady”.

He told her he was in the department story to there to buy a gift for “a girl” – thought to be ex-wife Marla Maples.

The alleged attack took place after Trump asks Carroll to try on lingerie that he wanted to buy .

Carroll is now at least the 16th woman to accuse Donald Trump of sexual misconduct.

Trump was hit by sex assault claims before his US election win in 2016.

The comments rocked his presidential bid.