Bieber vs. Tom Cruise Would Be ‘Biggest Purse Ever’ 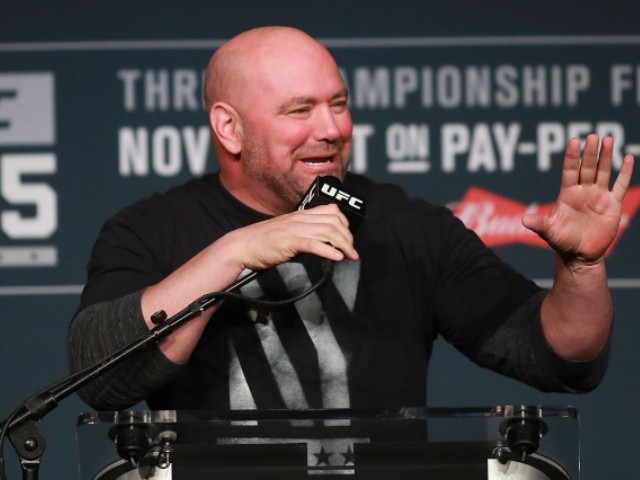 UFC President Dana White may not know much about music or movies, but he does know the fight game and the talk about a match between Justin Bieber and Tom Cruise made dollar signs pop up in the fight promoter’s eyes.

TMZ caught up with White and asked him about the idea.

But with all that talk in the air, White thought that if such an event came off, it could be a big deal. So, strange or no, it could be big.

The UFC chief warned that there is no indication that such a deal would ever really come off and added that he is not working to make it so. But he also felt that despite the big haul it could make, it may not quite be as advertised.

“I don’t think the fight would be as good as the hype,” he said.