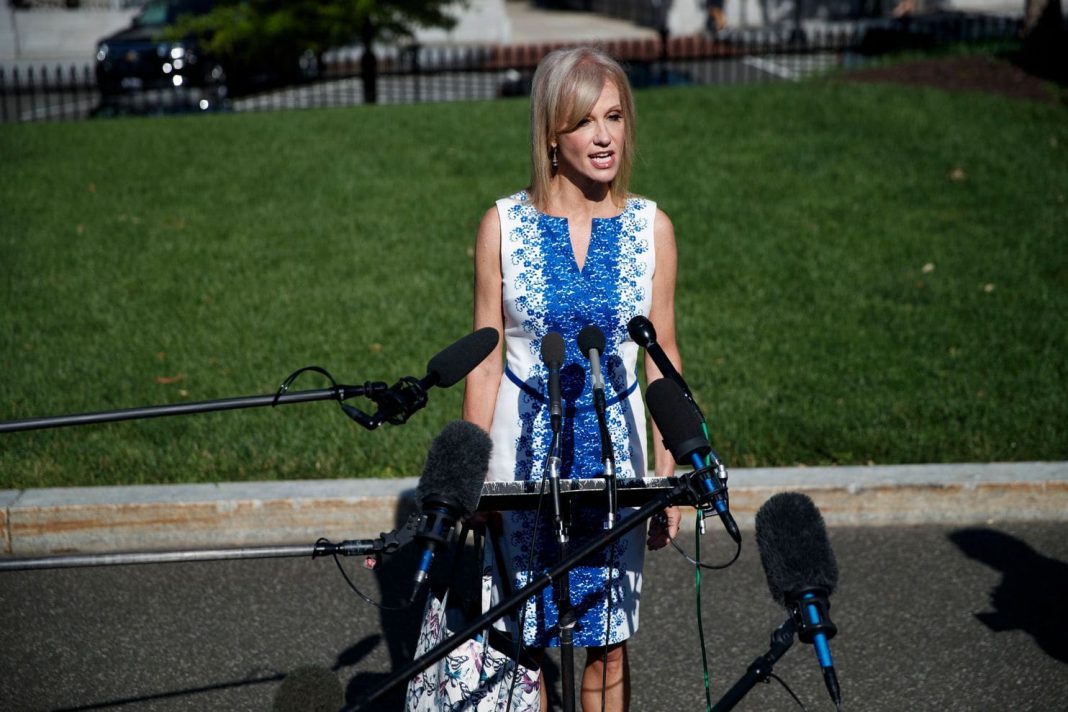 The White House will block counselor Kellyanne Conway from testifying before a House panel about allegations by a government watchdog that she violated the Hatch Act, increasing the likelihood of another subpoena battle between the two branches of government.

White House lawyers planned to reject the House Oversight Committee’s request for Conway to appear at a Wednesday hearing, according to two White House officials who spoke on the condition of anonymity Monday to freely discuss private deliberations.

The White House counsel will argue that in accordance with long-standing precedent, staff in the West Wing do not testify before Congress.

House Democrats counter, however, that the White House has no right to claim executive privileged or immunity for Conway because the alleged violations in questions deal with her personal actions — not her duties advising the president or working in the West Wing.

The Hatch Act bars federal employees from engaging in political activity during work hours or on the job. But a report submitted to Trump earlier this month by the Office of Special Counsel — which is run by a Trump appointee — found that Conway violated that law on numerous occasions by “disparaging Democratic presidential candidates while speaking in her official capacity during television interviews and on social media.”

Oversight plans to vote Wednesday to subpoena Conway if she does not agree voluntarily to answer questions.

Meanwhile, Conway has already taken to national television to defend her name. On Monday morning, she claimed on Fox News that House Democrats are trying to retaliate against her for successfully managing President Trump’s 2016 campaign.

“You know what they’re mad about?” Conway said. “They want to put a big roll of masking tape over my mouth because I helped as a campaign manager for the successful part of the campaign . . . So they want to chill free speech because they don’t know how to beat [Trump] at the ballot box.”

Special Counsel Henry Kerner, a longtime congressional GOP staffer, said in an interview that her description is not true.

“We’re trying to hold Ms. Conway to the same standard we hold other people in government to,” Kerner said Monday. “My staff came up with violations. They’re obvious. She says things that are campaign messages.”

The Office of the Special Counsel is a quasi-judicial independent agency that adjudicates claims of retaliation by whistleblowers and administers the Hatch Act and other civil service rules. It is a separate agency from the office run by former special counsel Robert S. Mueller III, who led the investigation into Russian interference in the 2016 election.

Because Conway is a presidential appointee, the Office of Special Counsel has no authority to discipline her. The office can make recommendations, but it falls to Trump to make a decision. Trump has indicated he has no plans to fire Conway.

In its 17-page report, the Office of Special Counsel found that Conway repeatedly attacked 2020 Democratic presidential candidates while she was being interviewed by media outlets in her official capacity and tweeted about the candidates from her official account.

During a one-week period leading up to the 2018 midterm elections, Conway posted at least 15 messages on Twitter that were political and in support of midterm election candidates or the Republican Party, according to the report. “Her defiant attitude is inimical to the law, and her continued pattern of misconduct is unacceptable,” the agency wrote.

House Democrats argue that Conway’s alleged infractions are emblematic of the administration’s behavior and a prime example for their oversight. Conway was warned to change her behavior but has not, and lawmakers believe they can hold her up as an example to argue that the administration believes it is above the law.

The Wednesday hearing will feature the agency’s recommendation to remove Conway, as well as its reports about other Trump administration appointees. Both Conway and Kerner, the head of the agency, were invited to attend.

During her television appearance on Monday, Conway argued that it wasn’t clear that she is subject to the Hatch Act as an assistant to the president and that it was being misconstrued.

“We think I’d be the first member of the West Wing to ever be hauled in front of Congress to talk about the Hatch Act,” Conway said.