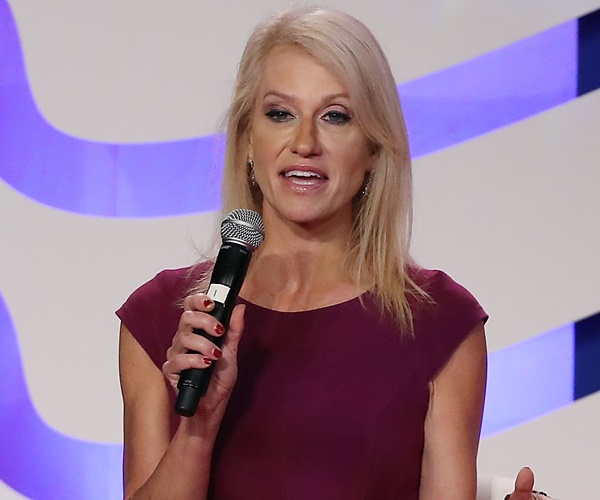 The White House wants to block Kellyanne Conway from testifying before the House Oversight and Reform Committee on Wednesday about alleged Hatch Act violations, the Washington Post reported.

The Post reported House Democrats counter, however, that the White House has no right to claim executive privileged or immunity for Conway because the alleged violations deal with her personal actions — not her duties advising the president or working in the West Wing.

Conway was invited to appear before the panel alongside a representative from the Office of Special Counsel. The federal watchdog issued a report to President Donald Trump earlier in June recommending she be fired for repeated violations of a law that prohibits federal officials from weighing in on elections in their official capacity.

The report included references to Conway’s comments criticizing 2020 Democratic presidential candidates. She was previously found to be in violation of the Hatch Act for her remarks about the 2017 special U.S. Senate election in Alabama, The Hill reported.

President Donald Trump has made it clear he’s got no plans to fire her despite the OSC’s recommendation.

In an interview with Fox & Friends, Conway denied she’d violated the law, said the law didn’t apply to assistants to the president and accused Democrats of trying to muzzle her.

“We think I’d be the first member of the West Wing to ever be hauled in front of Congress to talk about the Hatch Act,” Conway said of the potential testimony.

Big Tech ‘Crossed the Line Now, So They’ve Lost Me’ — ‘We’re Ready to Go Them’