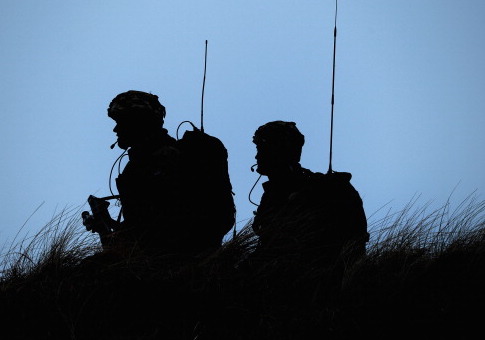 The United States military and partners from 19 countries are getting set to kick off a massive series of war drills in Ukraine amid rising threats from Iran and Russia, according to the Defense Department.

From July 1 to 12, American military assets will join with “19 nations, 33 ships, 26 aircraft, and over 3,000 troops to participate in a maritime, air, and land exercise that will enhance capabilities, improve interoperability and build upon decades of partnership and friendship,” according to information provided by the Defense Department.

The drills, an annual exercise known as Sea Breeze that is now in its 19th year, are set to begin at a tense time for the Trump administration, which is seen as on the brink of war with Iran after it downed an unmanned American drone and threatened greater attacks on U.S. forces in the region. Russia also has been increasing its threats, with new reports indicating Moscow will begin conducting “observational flights” over America.

Against this backdrop of military uncertainty, American forces and their counterparts from across the globe will conduct “training exercise with a focus on protecting critical infrastructure, force protection, and maritime security operations,” according to the Defense Department.

“Sea Breeze is an annual multinational maritime exercise, with land, air and amphibious components, and is co-hosted by Ukraine and the United States to enhance interoperability and capabilities among participating forces,” the U.S. said. “The exercise seeks to build combined capability and capacity to ensure regional security and foster trust among participating nations.”