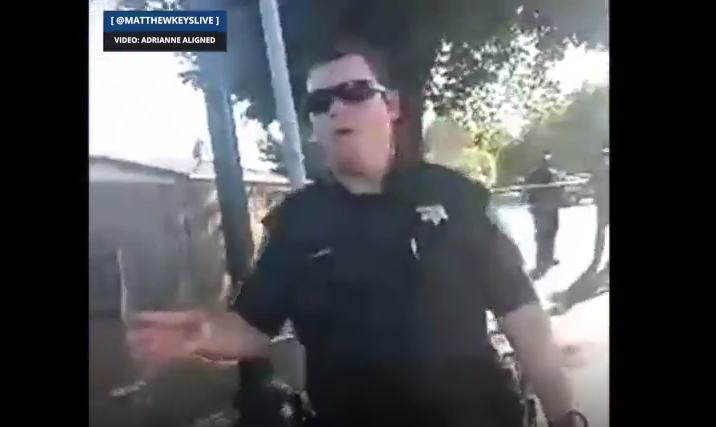 The vice president of the National Fraternal Order of Police expressed his disgust towards Sacramento locals who mocked police as one of their lay dying nearby.

FOP Vice President Jay McDonald spoke of the incident on Fox&Friends, denouncing the citizens who heckled police attempting to set up a perimeter.

In his statements, McDonald claimed that SPD Officer Tara O’Sullivan was mortally wounded and awaiting medical treatment on the scene at the same time the locals were jeering at the police.

“Quite frankly, it’s disgusting,” he said. “Officer O’Sullivan was still..Had not gotten the medical attention that she needed and deserved. The law enforcement officers had to devote their attention and their resources to containing an unruly crowd, who was heckling and taunting them while one of their own lie mortally wounded.”

According to Fox News, McDonald said it was all too common for police to be expected to put up with violence and hate while doing their jobs.

“We’ve had too long of an example where it is perfectly acceptable to use violence towards the police, ambush killings are on the rise across America,” McDonald said.


For McDonald, enough is enough.

“We shouldn’t be asking them to, to experience this kind of attack from people they’re trying to serve.”

It took 44 minutes for authorities to get an armored vehicle to O’Sullivan’s position, despite the vehicle arriving 18 minutes after she was shot.