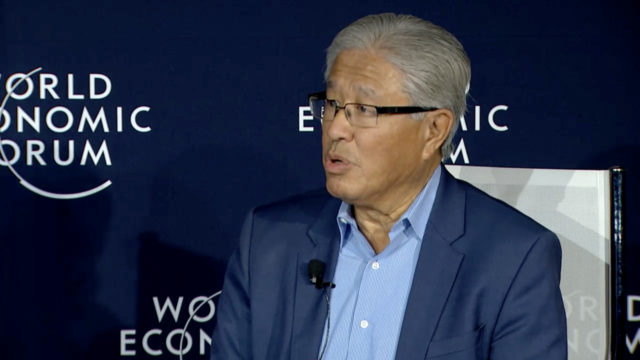 ASPEN, Colo. — Two influential leaders in science for the first time publicly condemned a Russian biologist who said he plans to produce gene-edited babies but conceded that it was beyond their organizations’ authority to halt him from doing so.

In separate interviews with STAT over the weekend, Margaret Hamburg, co-chair of an international advisory committee on human genome-editing, and Victor Dzau, president of the U.S. National Academy of Medicine, said they were deeply concerned by the plans outlined by Russian scientist Denis Rebrikov.

Still, said Hamburg, “I don’t know where we get the teeth to do some of what may ultimately need to be done’’ to respond in such situations.

The Russian scientist, Hamburg said, “has been very public and explicit but we’re not in any kind of position to enforce or even provide assessment of what the nature of the work is and how it’s going to move forward.’’

Dzau, who as president of the academy is championing another effort to create a commission to monitor human genome-editing, reacted sharply when asked about the Russian scientist, asserting: “This is crazy — and it worries me tremendously. But I don’t know what we can do to stop him…. Every country has its own sovereignty.’’

The intentions of the Russian scientist surfaced in an article in Nature earlier this month.

Rebrikov, a molecular biologist in Moscow, said he was considering implanting gene-edited embryos into women as soon as this year, if he could get approval from the Russian government. He said he would edit a gene called CCR5 in hopes of protecting any offspring against HIV infection.

Rebrikov defended his plans in a broadcast interview with NPR last week, saying, “How it can be unethical if we will make [a] healthy baby instead of diseased?”

Rebrikov’s interviews follow the international outcry over what became known as the world’s first “CRISPR babies”: twin girls who came into existence as IVF embryos and whose genomes had been changed by the revolutionary DNA editor called CRISPR.

Leaders in science and medicine denounced the scientist behind those procedures, He Jiankui, as unethical and irresponsible. The outrage spurred efforts to establish oversight, including one by the World Health Organization, which Hamburg is chairing. Hamburg also serves as chair of the American Association for the Advancement of Science.

Many scientists around the world have called for a global moratorium on editing DNA in human embryos. Others have argued that a moratorium would be excessive and squelch responsible applications of gene editing, even as they have urged caution.

The response to Rebrikov, who heads a genome-editing laboratory at a fertility clinic in Moscow, has so far been more muted.

Though he did not speak out himself until the interview with STAT, Dzau said that more influential scientists in leadership positions should condemn Rebrikov.

“I’m surprised Eric Lander [of the Broad Institute] and others haven’t spoken on this,’’ he said. (Lander was traveling abroad and his spokesman said he could not be reached for a request to comment.) Asked why there hasn’t been a more forceful reaction, Dzau said, “I guess we all speak up so frequently on this issue that we’re just waiting for the right thing to happen.’’

Hamburg, who served as commissioner of the Food and Drug Administration in the Obama administration, said the next step is for the WHO and others to put forward a regulatory framework to govern human genome-editing. She said it was unrealistic for the WHO or other organizations to try to reach out to Rebrikov. She noted that Russia has its own laws restricting gene-editing.

“Our committee is not in a position to provide direct oversight,’’ she said. “We would be very naive not to think [Rebrikov’s] work is not going forward. He’s very clear that he wants to do this, that he wants to work within the legal/regulatory framework in Russia, which involves quite a number of signoffs, I gather. But he’s not completely sure whether he’s going to wait.’’

She said she hoped that the Russia case “underscores the importance of really trying to create a global governance framework, really trying to engage the scientific community in terms of its responsibility to step up to the plate.’’ But she explained that with Rebrikov she needs to follow a protocol with her WHO committee. “This is something that I have on my list to talk about with the committee at our next meeting,’’ she said.

Hamburg and Dzau were here for appearances at the Aspen Ideas Festival. They spoke to STAT after a panel on genome- editing that included Duanqing Pei, a scientist in China who is founding executive director of the Guangzhou Regenerative Medicine and Health Guangdong Laboratory

Pei was at the conference in Hong Kong last November where He, his countryman, spoke publicly for the first time about his experiment. “It was horrible,’’ he said.

Years earlier, Pei said, he had told his colleagues “no way this will be happening in China’’ because of laws prohibiting rogue operators like He.

Under questioning by the moderator, author and journalist Walter Isaacson, Pei insisted that he did not know the fate of He, believed to be under house arrest, adding that He was under investigation by Chinese authorities.

Whatever the future of gene editing, Pei sought to strike an optimistic tone about the potential for countries to work closely to discourage rogue science. He said there was a “unique opportunity for us all to work together because we all share one single genome.”