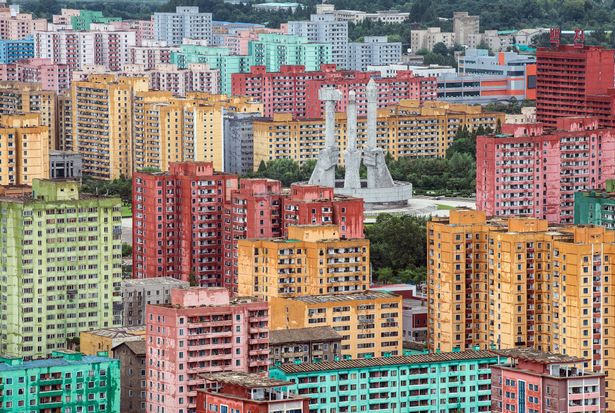 It was a scene which Sang Chun Hook never forgot.

Aged nine, the young boy became curious after seeing a group of people gathered near a brick factory in his hometown in North Korea , close to the border with China.

He made his way to the front in time to see six soldiers aiming their rifles at a terrified man, who looked like he could barely walk.

Each fired three shots, all of which hit their target, and then it was over.

The young boy later found out why the man had been shot to death in front of his friends and family – he had been accused of stealing copper wires from the state-owned power lines.

Sang, now 33, who fled North Korea in 1998 and now lives in Seoul, remembered: “I was curious, and I wanted to pick up shell casing. But I was shocked.”

He is far from the only North Korean to have witnessed the death of a countryman at the hands of their state, often for the most spurious reasons, according to a new report.

Four in five people who have fled Kim Jong-un ’s secretive country interviewed for a new human rights report said they had witnessed a public execution in their lifetime.

More than half said they had been forced to watch one.

And most claimed that authorities force family members of those sentenced and local residents, including children, to watch the condemned men and women being shot to death.

Using the testimonies from more than 600 North Korean defectors, the Seoul-based Transitional Justice Working Group has mapped hundreds of locations in the country where witnesses claim public executions and extrajudicial state killings have taken place.

Most of the 715 executions documented were as punishment for crimes such as theft or damage to property, with 238 reports, followed by violent crime such as murder, rape and arson, with 115 reports.

They were followed by people accused of political crimes such as spying, desertion, helping others flee the country or even for watching South Korean TV.

The group has not released the exact locations of the executions as the report is intended to prepare for eventual legal proceedings against North Korea under international law.

But the grim map of 323 execution sites – probably just a fraction of the real number – reveals the hermit state’s heavy reliance on the death penalty to provoke fear and intimidate the population.

Indeed in January 2014 Kim Jong-un sent his own uncle to his death after accusing him of orchestrating a coup.

Sang Song Thank and five of his aides were reportedly stripped naked and fed to 120 hungry dogs, who had been starved for three days.

Hundreds of officials watched as they were attacked and eaten.

The new report shows that the threat of a humiliating death hangs over even the poorest North Koreans, and the punishment is meted out for the tiniest of misdemeanours.

Most of the killings – 267 – took place in just two northeastern provinces near the border with China, the area where most of the defectors who took part in the study came from.

Researchers have also been documenting suspected mass graves where remains of the condemned may be buried, using satellite images and retracing escapees’ memories, to help with any future prosecutions or tribunals.

Sarah Son, one of the report’s authors, said the continued practise of public executions is a key tool through which North Korea maintains control over its people.

She said: “It’s a clear tactic, it serves a purpose. It maintains that culture of fear, it asserts regime control, it reminds people that certain crimes are not tolerated.”

The report found that the most common crime for which people were executed was property crime, such as stealing copper from power lines, or the theft of livestock, especially cows.

The vast majority of the executions were by firing squad, with a small number of reported hangings, which appear to have been discontinued since 2005, according to the report.

Almost all of the state killings documented in the report were public executions by firing squad.

Public executions were almost always preceded by brief on-the-spot ’trials’ where charges were announced and sentences were issued without legal counsel for the accused, the report said.

The most common sites of public executions were riverbanks, fields and other open spaces.

But marketplaces and school grounds, often with hundreds but sometimes more than 1,000 watching, are also used.

Some defectors also reported that before some executions, guards used metal detectors to find and confiscate mobile phones from witnesses to prevent them from recording the events, a sign that the government may be sensitive to how the killings are viewed by the outside world.

Without access to North Korea or any of its official records, researchers had to rely on the memories of escapees who volunteered to be interviewed.

Because it takes years for North Koreans who flee to China to make their way to South Korea, the most recent documented execution dates to 2015, making it impossible to know whether there have been changes amid talks with the United States.

A separate report released last week by the Korea Institute for National Unification claimed that public executions continued to take place in 2018, but they may have become less frequent.

In 2014 a UN Commission of Inquiry on Human Rights in North Korean warned leader Kim Jong-un that, under international law, military commanders can be held accountable for abuses committed during their rule.

The letter accompanied a 400-page report that documented crimes against humanity taking place in North Korea, including “extermination, murder, enslavement, torture, imprisonment, rape, forced abortions and other sexual violence, persecution on political, religious, racial and gender grounds, the forcible transfer of populations, the enforced disappearance of persons and the inhumane act of knowingly causing prolonged starvation.”

Trump, Biden to appeal to last-minute voters in Florida