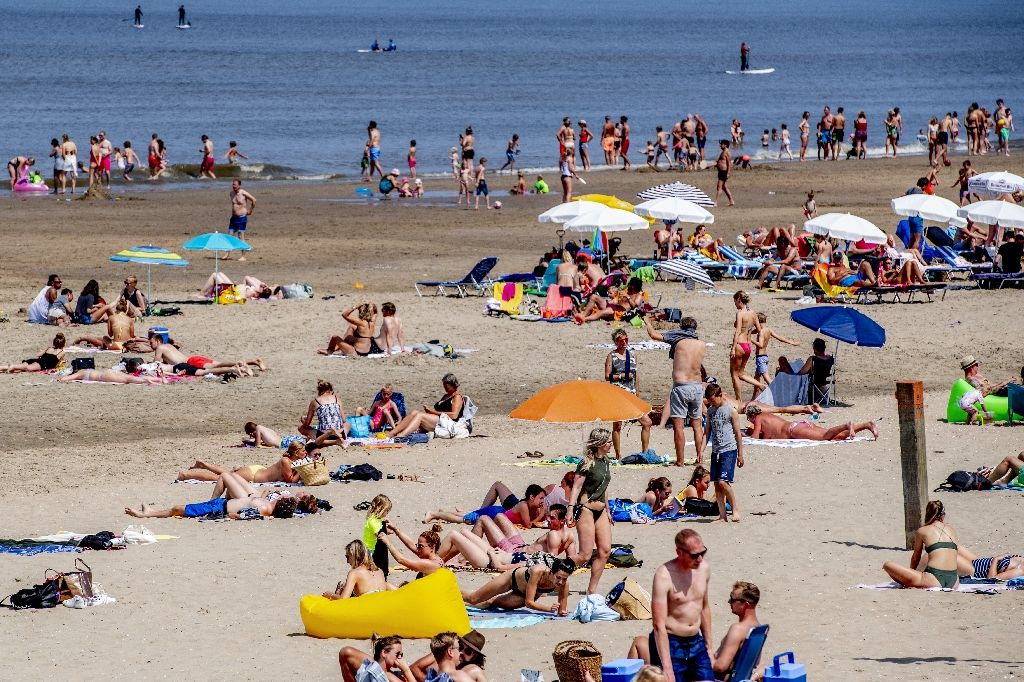 Paris (AFP) – Temperatures were climbing on Sunday as Europe braced for a blistering heatwave with the mercury set to hit 40 degrees Celsius (104 degrees Fahrenheit) as summer kicks in on the back of a wave of hot air from North Africa.

Europeans are set to bake in what forecasters are warning will likely be record-breaking temperatures for June with the mercury set to peak mid-week.

Hot and humid nights can be expected, officials say, with many issuing guidelines for surviving the scorcher, and local authorities and hospitals on high alert for a surge in cases of dehydration, heat-stroke and other weather-related conditions.

They are also warning that the extreme heat could bring on violent storms.

Spain’s AEMET weather agency issued a “yellow alert” for severe weather on Sunday, but said it expected the heat to peak later in the week with temperatures soaring over 40 degrees Celsius, particularly inland.

“Temperatures may exceed 42 degrees” in the northeastern Ebro valley area from Thursday until Saturday, the agency said, indicating the heat could persist into early next week.

Britain’s MetOffice said it was particularly concerned that the heatwave could trigger “violent storms” and warned Britons to expect “hot, humid and unstable” weather.

It issued a severe weather warning for heavy rain and thunderstorms on Monday and Tuesday, saying the highest temperatures were expected later in the week rising into the 30s in central and southwest England.

In Germany, forecasters said they were expecting a week-long heatwave with temperatures that could break the 2015 record of 40.3 degrees, blaming it on a front of “warm air coming from the Sahara”.

And after last summer’s heatwave, farmers are again fearful the high temperatures could damage crops.

“Should we get tropical temperatures of 35 degrees or more, that would depress the crop yields,” farmers’ spokesman Joachim Rukwied told DPA news agency, saying grain crops had received just enough rainfall last month and were going through an “important growing phase”.

And Meteo France also warned of a “hot, humid and unstable” weather front that could push the mercury up to 40 degrees from Tuesday in some parts of the country, including Paris. The authorities activated an action plan for children, the sick and elderly as well as for homeless people.

France is wary of a repeat of the intense heatwave of summer 2003, when nearly 15,000 died over a two-week period, most of them elderly.

In Paris, officials pledged to open ‘cool rooms’ inside public buildings, set up temporary water fountains, and leave the city’s parks and gardens unlocked and accessible at night.

City workers would also distribute water to the homeless and install fans in schools and nurseries.

In Belgium, the Royal Meteorological Institute also issued a severe heat warning, saying it was expecting temperatures in the range of 34 to 35 degrees Celsius from Tuesday, with similar hot weather also expected in Switzerland.

Dutch officials issued a heat warning in seven of its 12 provinces Sunday.

They urged people, especially the young and elderly to drink plenty of water, to stay indoors and use protective clothing and sunblock.

The Dutch “Heat Plan” comes into action when continuous temperatures above 27 degrees Celsius are forecast.

Greece was expected to record blistering temperatures this weekend, with forecasters warning of highs of 39 degrees Celsius in some areas although they were seen falling earlier next week.

In the Balkans, soaring temperatures saw many people flocking to rivers, lakes and swimming pools to cool down last week, although a weekend of stormy weather helped take the edge off the heat.

This latest intense heatwave again shows the impact of global warming on the planet, and such weather conditions are likely to become more frequent, meteorologists said.