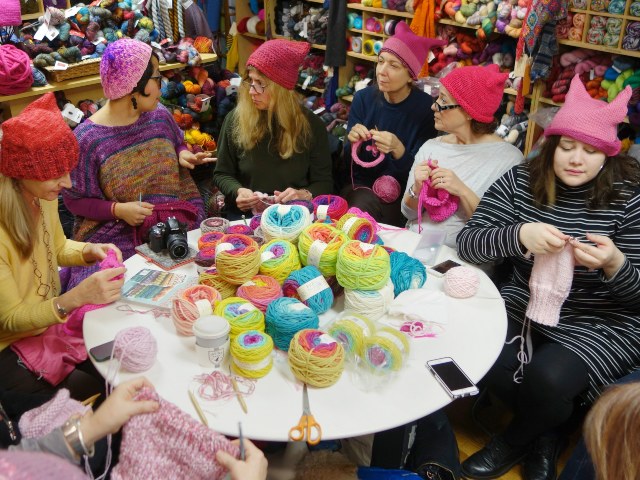 Popular knitting community website Ravelry has reportedly banned the support of President Donald Trump on its platform. The company says that President Trump promotes “open white supremacy,” and states that while users can support Trump, “you just can’t talk about it here.” Interestingly, Ravelry claims “We are definitely not banning conservative politics.”

CNN reports that knitting social media website Ravelry has banned any support for President Trump on its platform, stating that the president’s administration is promoting “open white supremacy.” The site provides a community in which avid knitters can share ideas about knitting and other textile projects, but will soon begin removing any users that express support for President Trump on the platform.

The site said in a statement: “We cannot provide a space that is inclusive of all and also allow support for open white supremacy. Support of the Trump administration undeniable support for white supremacy. You can still participate if you do in fact support the administration, you just can’t talk about it here.”
The site has hundreds of thousands of users each month and more than 100,000 Twitter followers, but will now remove users that support the President on their platform in any capacity. Users will not be removed for past support and their data from the website will not be lost if they are removed, according to the platform. “We are not endorsing the Democrats nor banning Republicans,” the site added. “We are definitely not banning conservative politics. Hate groups and intolerance are different from other types of political positions.”

The Ravelry website also featured the gay pride flag prominently on its page in support of Pride Month in June.

Darryl Strawberry opens up about moving past baseball, Steve Cohen buying the Mets, his new life as a pastor … and Donald Trump