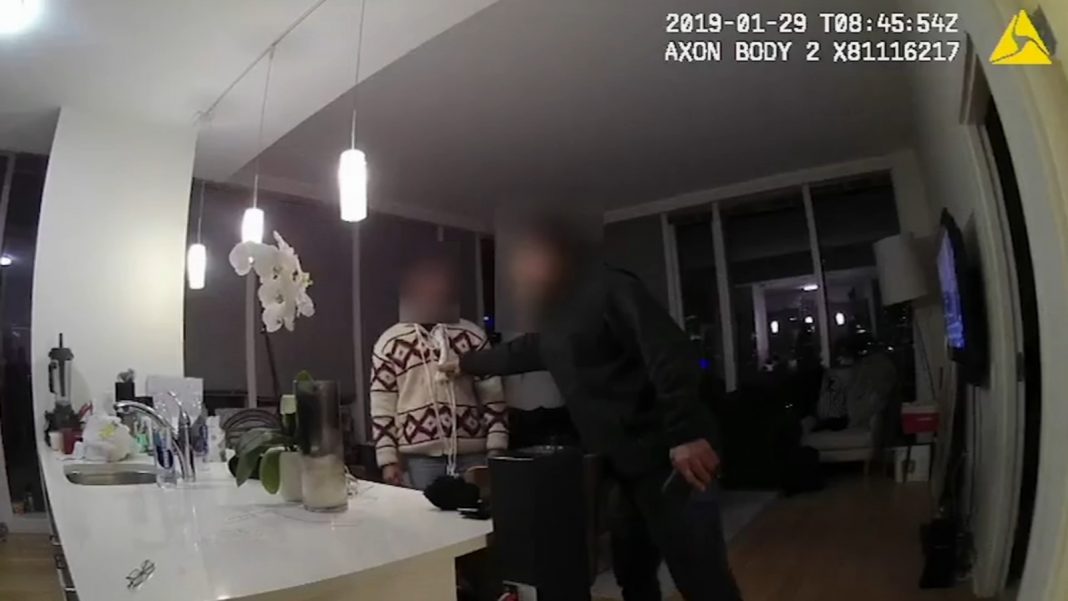 Police released nearly 70 hours of video, all connected to the Smollett case.

Among the video clips released is one of Chicago police arriving at the actor’s apartment in Chicago’s Streeterville neighborhood, responding to a 911 call from Smollett’s manager reporting the star had been a victim of a racial and homophobic attack on the street. Inside the apartment, the video, which was blurred by Chicago police, shows Smollett has a rope loosely strung around his neck, which he tells police was put there by his attackers.

Police ask him if he wants to remove the supposed noose, which he does, and then when informed that a police body camera is recording the whole thing, the actor asks that the camera be turned off.

Smollett claimed he was the victim of a vicious hate crime in Streeterville in the late hours of January 29. He said two men physically attacked him while yelling racist and homophobic slurs, threw a chemical liquid on him and looped a rope around his neck.

Two days after the alleged attack, Chicago police released surveillance images of two people they said they considered persons of interest in the attack.

The dozens of hours of video have been released by police after an open records request from the I-Team and ABC News, among others. The video includes many surveillance camera recordings of the areas where Smollett claimed he was attacked by two men sporting Make America Great Again hats.

But the investigation turned on the actor as it continued. Chicago police said he orchestrated the attack with the help of the Osundairo brothers, who he knew. One brother was an extra on “Empire” and the other was Smollett’s personal trainer.

Police said Smollett staged the attack at a corner where he believed a surveillance camera would capture the attack, and that the facial injuries he sustained were likely self-inflicted.

All charges against Smollett were dropped in late February in exchange for community service and forfeiture of his $10,000 bond payment. That decision is already under a separate review by the county’s inspector general.

The ABC7 I-Team is combing through the files, and will have the latest updates on ABC7Chicago.com and ABC7 Eyewitness News.