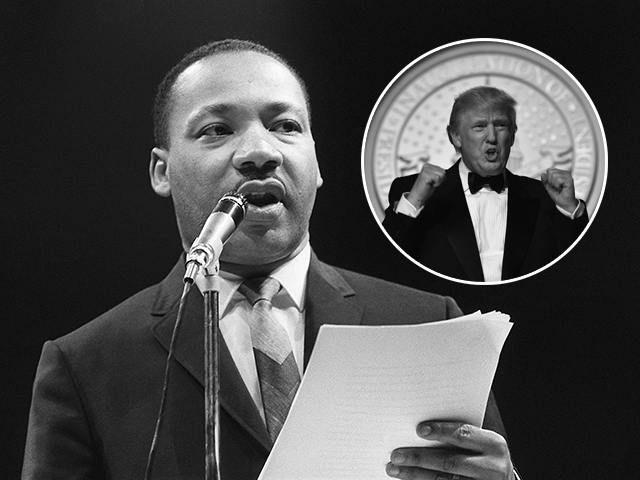 AL SHARPTON: I heard in your speech you got into detail about how to deal with the tax code and what it would do in terms of money, which means a lot, particularly in a state like South Carolina. Huge black population, huge population that needs jobs, infrastructure development.

JOE BIDEN: There’s so much we can do, and it’s within our capacity to do it. That’s the interesting thing. I think what’s happening now is, I think that Donald Trump may have reawakened sensibilities in this country to say, “Whoa, maybe we can do this now,” just like our generation was awakened when Dr. King and Bobby Kennedy were assassinated. Our whole generation [said], “I’m back in, man.” These millennials, they get it, Rev. And now they want to get engaged.

SHARPTON: You started your campaign with a video talking about Charlottesville and the division in the country. I watched you close up during the Obama years fight, even some times internal fights with staff for same-sex marriage. A lot of tough stuff. You and I disagreed in the ’90s and I said: “Woah, this Biden is a go to the mat kind of fighter.” This week you got into it about a statement you made about racists and segregationists. Don’t you understand some of the hurt feelings there? You called Cory Booker and you made others like Mayor de Blasio calling you to apologize… that’s not the Biden I know. Don’t you understand that?

BIDEN: I do understand that. That’s not what I said, though. They didn’t print the whole deal, you know what I mean? The context of this was totally different. And by the way, the fact of the matter is, I ran against all those folks. I got on the Judiciary Committee to defeat the man who headed the committee. I’m the guy that extended the Voting Rights Act 25 years, not five… Let me tell you something, you’ve got to deal with what’s in front of you. And what was in front of me were a bunch of racists, and we had to defeat them. And as I said in that statement, I said in that statement that the fact of the matter is, the meanest man in the world I’ve ever dealt with in the United States Senate was a guy from Georgia named Herman Talmadge, and I included Jim Eastland… I do understand the consequence of the word “boy.” But it wasn’t said in any of that context at all.

Kanye West Says ‘Abortion Culture’ Is How 1,000 Black Children Are Aborted a Day: ‘We Are in Genocide’