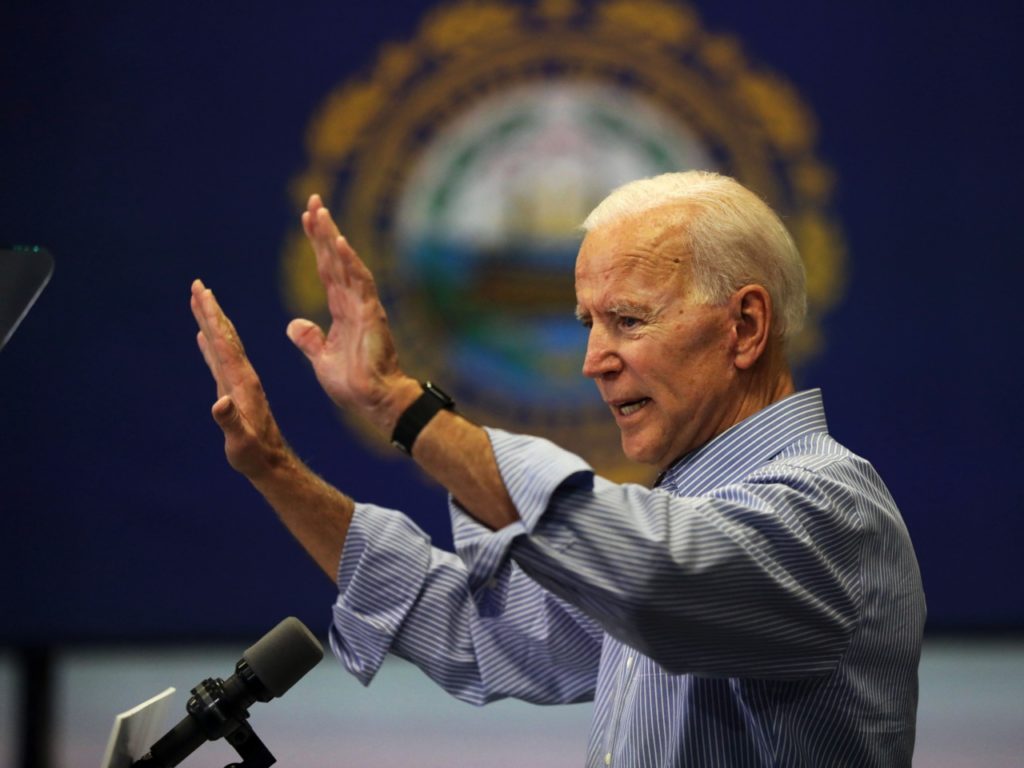 The Club for Growth will run an ad in Iowa during the first Democrat presidential debate highlighting former Vice President Joe Biden’s record on race.

The ad, which will air on MSNBC and NBC stations in Des Moines during Thursday’s event, is tailored to showcase the Democrat frontrunner’s longstanding vulnerabilities with black voters, according to Reuters. The ad’s focus will be on the part Biden played in the confirmation of Supreme Court Justice Clarence Thomas and his authoring of the 1994 Crime Bill, which many say disproportionately targeted young men of color.

Biden has admitted regret over his handling of the Thomas hearings, especially the treatment Anita Hill received, since announcing his presidential campaign. The former vice president has been more defiant about the crime legislation, saying in May the notion “it generated mass incarceration” was wrong.

A portion of the ad will also focus on Biden’s work with segregationist senators to prevent school integration via forced busing — a topic Biden has been reluctant to discuss.

The Club for Growth determined the content of its ad through extensive polling that showed black voters were less inclined to support Biden once informed of his record.

“Joe Biden’s past statements and positions on race issues present a serious challenge to his candidacy for the Democratic presidential nomination according to our polling,” David McIntosh, the group’s president, said.

The Club for Growth’s ad come as Biden is embroiled in controversy after praising the “civility” of two segregationist Democrats, the late Sens. James Eastland (D-MS) and Herman Talmadge (D-GA), at a fundraiser last week. Biden invoked the men while touting his ability to fashion “consensus,” but did not elaborate on what they were able get accomplish together.

“I was in a caucus with James O. Eastland,” Biden told donors in an exaggerated Southern drawl. “He never called me boy, he always called me son.”

The remarks sparked backlash from activists and fellow 2020 competitors as both men were ardent opponents of civil rights and integration for the majority of their careers. Few noted in their rebukes, however, that both Talmadge and Eastland were allies in Biden’s fight against busing.