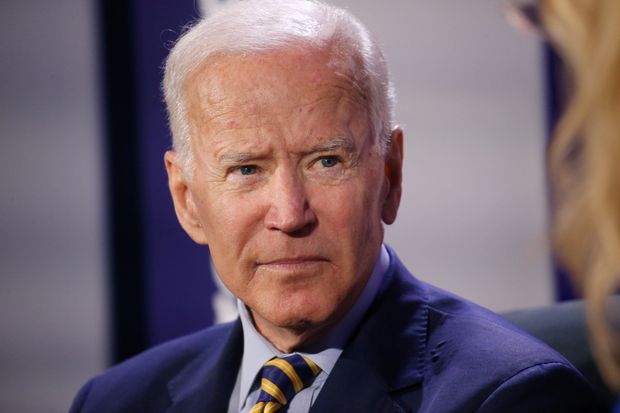 WASHINGTON—For the sprawling field of Democrats vying to challenge President Trump, the summer could mean breakout or bust.

Twenty of the 24 Democrats running for president are set to participate in nationally televised debates this week. But at this early stage of the primary, Americans are directing most of their attention to just five candidates.

Joe Biden, a two-term vice president under former President Obama and a six-term senator from Delaware, has led in polls against his rivals, arguing that his experience makes him the best-positioned Democrat to defeat President Trump. Yet in recent days, Mr. Biden’s shifting position on federal funding for abortion and his nostalgia over working with segregationist senators have drawn more attention to his long legislative history—and given other candidates a chance to stand out by confronting him.

How many candidates do you think will remain in the Democratic primary field through the fall? Join the conversation below.

After Mr. Biden, Vermont Sen. Bernie Sanders; Massachusetts Sen. Elizabeth Warren; South Bend, Ind., Mayor Pete Buttigieg; and California Sen. Kamala Harris are in a clear tier above the rest of the candidates in recent surveys. Multiple national polls released in June have shown those five candidates atop the field in roughly that order, with Mr. Sanders and Ms. Warren, and Mr. Buttigieg and Ms. Harris, trading places in a handful of cases.

Other available data, including Google searches, cable-television audiences and early fundraising hauls, paint a similar picture of the leaders at this point.

This is the largest Democratic presidential field in modern history, and the buzz often fostered by national media helps the candidates raise money. Strong fundraising, in turn, can help the candidates pay for the advertising and field operations that create interest.

The Wednesday and Thursday night debates in Miami give the early leaders and less popular candidates alike their best shot yet at tapping into that self-perpetuating loop. Three days later, they will have another chance to stand out by announcing strong fundraising figures for the second quarter, though the campaigns aren’t required to report that information to the Federal Election Commission until mid-July.

Joe Biden, vice president under former President Obama, has led in polls against his rivals.

The second set of Democratic debates comes in late July. By the time another round of fundraising reports is due in late September, the field may begin to winnow.

“I don’t believe in September or October you’ll have 23 candidates,” said Steve Elmendorf, a veteran of Democratic presidential campaigns who is supporting Mr. Buttigieg. “If you’ve been through two, maybe three debates and nothing has happened and your money has dried up, maybe you make it through Iowa but I’m not sure why.”

Candidates who can’t break into the news and fundraising cycle risk running out of money before the end of the summer. Several Democratic strategists believe it could cost campaigns $50 million or more to fund an operation that will be competitive enough through at least Iowa, New Hampshire, South Carolina and Nevada—the first states where voters and caucus-goers weigh in beginning next February.

“Right now it’s a national campaign and the amount of attention you are getting drives how well you are doing in early states,” said Robby Mook, who was Hillary Clinton’s 2016 presidential campaign manager and is staying on the sidelines during this primary. He said the Democratic National Committee’s decision to use national polling and 65,000 donors as metrics for qualifying for the debate this month and next has only exacerbated that reality. “It means the biggest question is who is driving the news. Who is getting attention.” 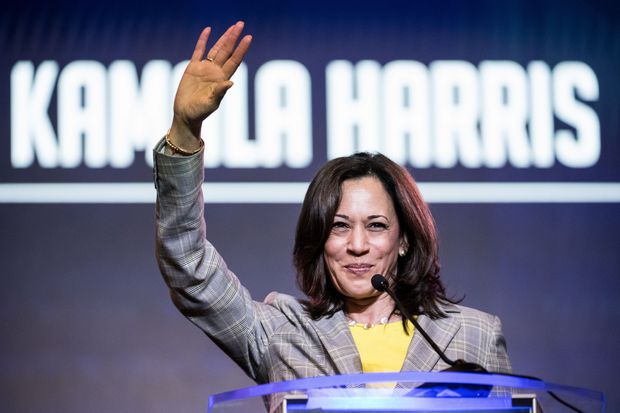 Mr. Sanders, the only candidate other than Mr. Biden to have previously run for president, drew the highest cable audience of any 2020 Democrat when an estimated 2.6 million people tuned in to his Fox News town hall in April, according to Nielsen ratings data. One person watching: Mr. Trump, who tweeted several complaints about Fox giving a potential rival such a big platform.

Over the past 30 days, people across the country searched the internet for information about Messrs. Biden, Sanders and Buttigieg and Ms. Warren at a higher rate than for any of the other candidates, according to Google Trends data.

The debates can stoke public interest in a flagging campaign, said Donna Brazile, a former DNC chairwoman and Fox News contributor. “Millions of people will see how well they are connecting, and whether they can tell a good story, which is so important,” she said.

Mr. Biden was one of the last entrants into the race, announcing his presidential bid on April 26. Since then, he has focused primarily on raising money, telling about 100 people at one of four New York City fundraisers he held last week, “I need you very badly.”

He suggested to a separate room of donors that his fundraising strategy is paying off, outlining an average contribution and number of donors that amounts to a haul of around $20 million.

Other campaigns have declined to share their latest fundraising figures, but Mr. Buttigieg told donors in a call last month that he had raised $7 million in April alone, matching his fundraising for the first three months of the year, according to two people familiar with the call, which was earlier reported by Politico.

Mr. Buttigieg has maintained a heavy fundraising schedule, but he has been waylaid in the past week by his day job as mayor of South Bend, where a white police officer shot and killed a black man on June 16.

Many candidates are using free cable news and podcast appearances and inexpensive digital advertising to drive up interest in their campaigns and lure new donors. A second round of debates is set for this fall. To make the September debates, the DNC is essentially doubling its two metrics: Candidates must notch 2 percent in at least four qualified polls or have at least 130,000 donors.

That donor metric—and the ability of enthusiastic small donors to keep a campaign afloat through rough patches—means candidates will continue to focus on fundraising.

For any candidate who fails to break through by late summer, the campaign could slip away.

“If you can’t make the fall debates, your campaign is probably toast,” said Dan Pfeiffer, a former adviser to Mr. Obama. “So they need moments to create attention and virality to increase their poll numbers and, more importantly, get the online donor number up.”