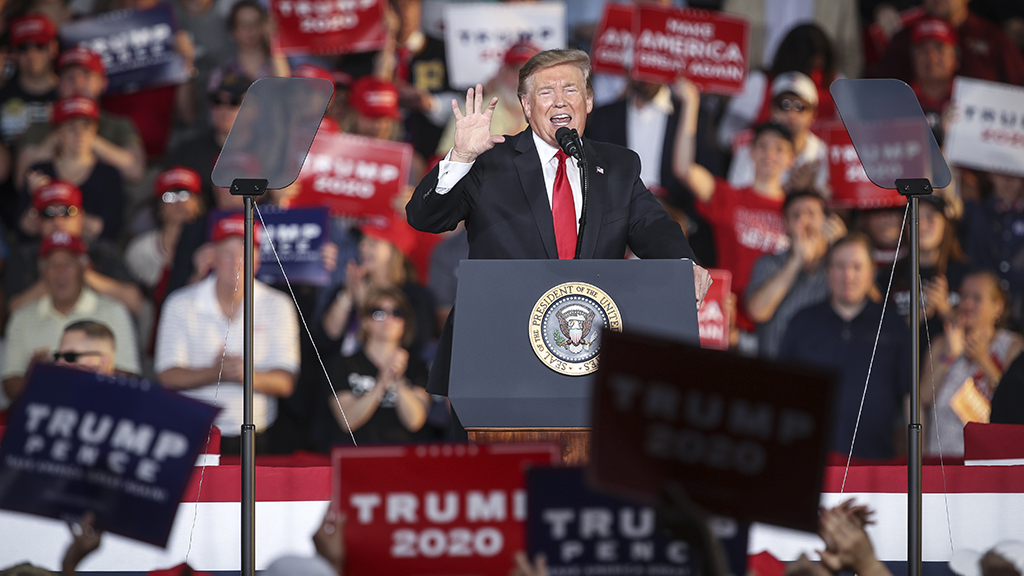 BOSTON (CBS/CNN) — A popular knitting social media website based in Boston has banned support for President Donald Trump on its platform, accusing his administration of propagating “open white supremacy.”

Ravelry, a community site that allows users to share ideas about knitting and textile projects, said in a blog post Sunday that it will remove users if they express support for Trump on its forum, profile pages or any other content.

We are banning support of Donald Trump and his administration on Ravelry. We cannot provide a space that is inclusive of all and also allow support for open white supremacy. More details: https://t.co/hEyu9LjqXa

“You can still participate if you do in fact support the administration, you just can’t talk about it here,” it added in the post announcing the policy.

Ravelry says it is used by hundreds of thousands of people each month, and has more than 100,000 followers on Twitter. It said it could remove users from the site if they breach the rule, but added that they would not lose their data.

It also noted that people would not be removed for past support.

“We are not endorsing the Democrats nor banning Republicans,” the site added. “We are definitely not banning conservative politics. Hate groups and intolerance are different from other types of political positions.”

Ravelry was founded in 2007 by Jessica and Casey Forbes in a “tiny apartment in Boston,” a post on the site’s Instagram states. A LinkedIn page for the company says it has 8.3 million registered users and is the “#3 craft site in the world.”

Ravelry’s statement said its new rules were inspired by a policy on a roleplaying game site.

Trump has been accused of equivocating on the threat posed by white supremacist individuals and groups during his presidency.

He said there were some “very fine people on both sides” after white nationalist marchers clashed with opposition protesters in 2017 in Charlottesville, Virginia.

The president has also said he doesn’t view white nationalism as a rising threat around the world, instead describing the movement as a small group of people “with very, very serious problems.”

Trump has on other occasions disavowed groups including the Ku Klux Klan.