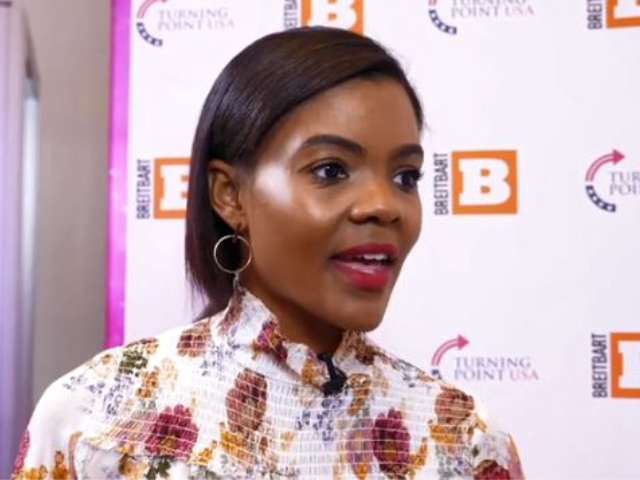 Blexit founder Candace Owens slammed celebrities who threaten to boycott states that pass legislation prohibiting women from getting an abortion after their child’s heartbeat is detected.

“I aspire to that much narcissism to think that [people] think that if I don’t show up today, then people should put laws in place,” quipped Owens regarding celebrities who threaten to boycott states in reaction to pro-life “heartbeat” legislation.

“And personally, I think real estate will go up,” said Owens, “If I knew that Chelsea Handler and Alyssa Milano weren’t going to be there, I’d consider living there, in those states.”

Owens kicked off TPUSA’s Young Women’s Leadership Summit on Thursday in Dallas, Texas, where about 1,500 young women gathered from all over the country to hear from prominent figures in the conservative movement.