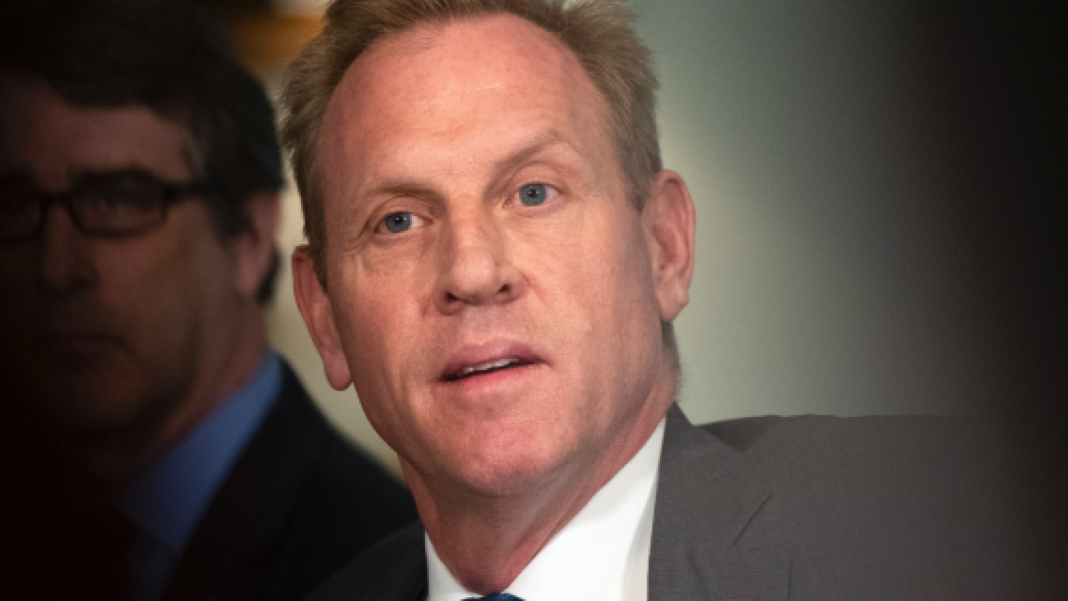 Acting Secretary of Defense Patrick Shanahan responds to reporters’ questions regarding an incident in the East China Sea where an American guided-missile cruiser and a Russian destroyer came within 165 feet (50 meters) of each other, during a meeting with visiting Greek Defense Minister Evangelos Apostolakis at the Pentagon, Friday, June 7, 2019. (AP Photo/Manuel Balce Ceneta)

WASHINGTON – Acting U.S. Defense Secretary Patrick Shanahan is reminding civilian Defense Department employees and service members not to engage in political activity while on the job.

The warning comes after the Navy was engulfed in controversy over White House pressure to keep the USS John S. McCain out of sight during President Trump’s visit to Japan.

Shanahan sent memos to civilian and military leaders Tuesday saying their mission to protect and defend the nation remains apolitical.

He says service members must avoid actions that imply Pentagon approval of political candidates or causes. He says civilians should avoid any political activity while on-duty or in federal buildings.

Trump says he had nothing to do with a White House directive to hide the ship bearing the name of the late senator.

Jim Rogers: Debt is going through the roof & we will pay the price: Jim Rogers

White House Denies CNN Report That Birx Has Been Replaced