Home Breaking News National Review: The Masters of the Universe Can’t Censor You if You... 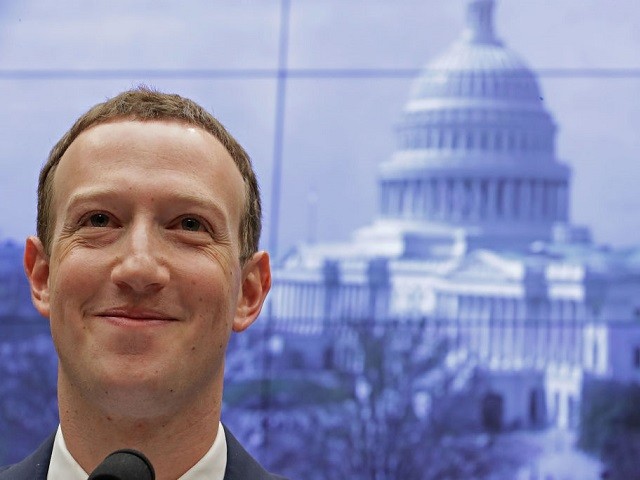 The National Review has a new plan for social media users to fight back against censorship — deleting your account.

The National Review published an article recently titled “Close Your Social-Media Accounts,” in which the publication argues that in order to fight back against censorship, social media users should just ignore the problem entirely. The Review points out that social media sites such as Facebook and Twitter are optional, and as such any users worried about being censored should just remove themselves from the platform entirely.

Of course, I thought. If Twitter had been conceived of and marketed as Chicken Soup for Our Collective National Soul, no one would question its right to ban content it deemed contrary to that vision. So why do we get upset about censorship now? Because insofar as social-media platforms have become extensions of our very beings, censorship of our lives on Twitter, Facebook, or Instagram is a violation of our freedom of speech. What is speech if it’s not on Facebook?

For me the question isn’t whether the government should regulate social-media outlets, or whether they should be treated like utilities, or whether the outlets themselves should adopt a First Amendment principle voluntarily, or whether they should de-platform views outside the mainstream or outside their own woke visions of society. My question is instead: Does this debate mean, on a moral level, that we now treat our social-media platforms as extensions of ourselves? How else could restrictions on our social-media activity be construed as a violation of the First Amendment? As Jonah Goldberg points out, any publication already censors anyone it chooses not to publish. In no way does that restrict free speech. No one could plausibly say that being rejected by National Review was a violation of his free speech. Facebook censoring a post is a violation of free speech only if my profile is me and I am my profile.

The writer notes that he deleted his own social media account and had a positive experience despite being on the platform since 2005. But, the same writer also admits to scanning Twitter on a regular basis despite not having an account on the platform.

Admittedly, I enjoy reading social media. I spend a lot of time scanning Twitter despite not having an account. Too much time, I confess. I did set up an Instagram account recently after I started to learn photography. I made a decision not to post personal things there, only my professional photographs, but I’m already thinking of deleting it. I like that when I meet someone new in person, I am a blank slate in their eyes. Or I am a friend of a friend, or a former colleague of a classmate, etc. I am not those photos from 2007 that I wish I could make disappear. I realize there are ways to restrict photos. Many photos I am in have been posted without my knowing, but those are not all in one place for the world to see. I am not merely a series of images in chronological order all compiled in one virtual location whose security depends on the benevolence and competence of a few guys and gals in Silicon Valley. How long until a social-justice-warrior employee at Facebook starts leaking the off-color jokes in private messages sent by people he doesn’t like?

The writer then suggests that users should just delete their accounts, calling it the “21st-century equivalent of becoming a cloistered monk.”

My advice: Delete your Facebook, yesterday. Don’t get your news from Twitter. The issues of free speech on social media will no longer matter to you. They don’t matter to me. I’ve made a decision not to subjugate myself to the whims of our new overlords. They can open their platform to everyone from neo-Nazis to Kim Jong-un, or they can have a litmus test that includes denouncing Donald Trump or the pope at regular intervals — a sort of school-bathroom pass fitting for our generation’s extended adolescence in which Mark Zuckerberg plays the schoolmarm. It won’t affect my life either way. In my own mind at least, I am free because these things no longer define my life. I am happier as a result. I can still read a book of some length, an ability I see dropping off sharply among my peers.

Not having Facebook is the 21st-century equivalent of becoming a cloistered monk. If I can just stop opening Twitter, I will feel like I’ve replaced Saint Simeon on his pillar. Monastic jokes aside, let me tell you: Life doesn’t end when you close your social-media accounts. In fact, the day you close them is the day your life truly begins again.

Pichai used his written answers to congressional questions to disclose his company’s donation to the National Review Institute, which was revealed by National Review senior editor Jonah Goldberg last year. The Google CEO confirmed the donation, stating that it was made in 2018 and would, therefore, be disclosed in the company’s next report.

“Google has a long history of supporting organizations on all sides of the political spectrum,” said Pichai. “Google was one of several corporate sponsors of the National Review Institute’s William F. Buckley Prize Dinner in 2018, which is scheduled to be reported in our upcoming transparency report.”

But the National Review Institute’s website states that it received a donation from Google a year earlier, in 2017. This donation was not disclosed in Google’s transparency report for that year.

Google’s contributions to the National Review Institute were brought to light by a report in the left-leaning technology magazine Wired, which detailed a number of the tech giant’s contributions to establishment conservative institutions in order to fend off tech regulation from Republicans. Other organizations funded by Google include the American Enterprise Institute (AEI) and the Competitive Enterprise Institute (CEI).

Bokhari notes that the National Review has actually published articles by a senior member of the Competitive Enterprise Institute arguing against Google antitrust measures:

National Review subsequently published an article from a senior member of the CEI, arguing against the use of antitrust legislation to break up Google and other big tech companies. The article was published four months after the National Review Institute’s 2017 William F. Buckley Prize Dinner, which as the Institute’s own website discloses, was sponsored by Google among other companies.

National Review senior editor Jonah Goldberg admitted to the Google funding in an article following a Twitter exchange with One America News correspondent Emerald Robinson last year, in which she criticized the links between Goldberg’s magazine and big tech.