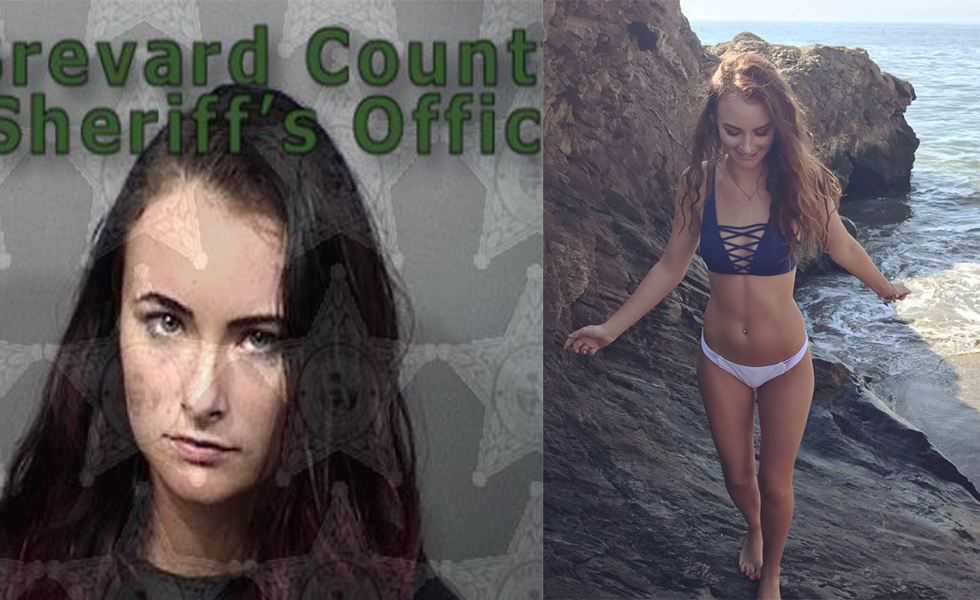 A Florida woman was arrested and charged after allegedly assaulting her boyfriend until he bled.

The Indian Harbour Beach Police Department were called to the scene after a man reported that his girlfriend became “enraged” and attacked him during an altercation in the early hours last Tuesday, according to a police report obtained by the Daily News.

Katie Lee Pitchford, 21, continuously struck her boyfriend, who was not named, with her fists and scratched the left side of his face, he told police.

He also told officers that Pitchford “grabbed him by his b—s and squeezed them until they were bleeding,” according to the report.


He said he was only able to escape after she put her hands around his throat, leaving him unable to breathe and forcing him to wrestle her by the arms. Officers noted the man had blood running down the left side of his face and visible bruising on his left eye.

Pitchford told police that the two had been arguing, but there was no physical altercation. After being placed in a patrol car, she asked if she could talk to her boyfriend because “she wanted to say she was sorry.”

Pitchford was charged with domestic violence battery and remained in jail Tuesday following the disturbing incident, according to online records from the Brevard County Sheriff’s Office.

She was already on felony probation for resisting an officer with violence and battery on a firefighter in November 2017, online records show.