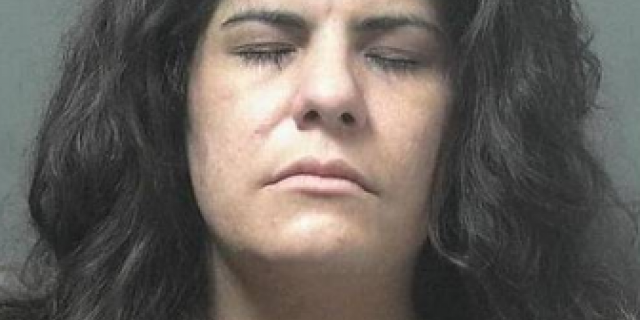 A city councilwoman in California sped through a police parking lot Wednesday afternoon then led officers on a high-speed chase while a juvenile sat in the back seat, police said.

The suspect was identified as 37-year-old Holly Blair, a city councilmember in Lemoore, which is about 35 miles south of Fresno.

Holly Blair, a Lemoore councilmember is accused of leading officers on a pursuit while a child sat in her backseat.
(Kings County Sheriff’s Office)

Authorities said in a Wednesday press release that Blair peeled through the Lemoore Police Department parking lot around 2:15 p.m. The officers shouted at her, but she allegedly ignored them and drove out of the parking lot, the Fresno Bee reported. The officers said they alerted other officers who were reportedly in the path of the oncoming vehicle.

The suspect continued driving east, ignoring stop-signed intersections while a juvenile was apparently in the back seat, according to The Bee. It wasn’t immediately what Blair’s relationship to the child was.

Police said they gave repeated verbal commands for Blair to stop but she ignored them. She was eventually apprehended and booked at the Kings County Jail on $195,000 bail. She faces charges of assault with a deadly weapon, evading a peace officer, reckless driving, child endangerment, and resisting arrest, the Bee reported.