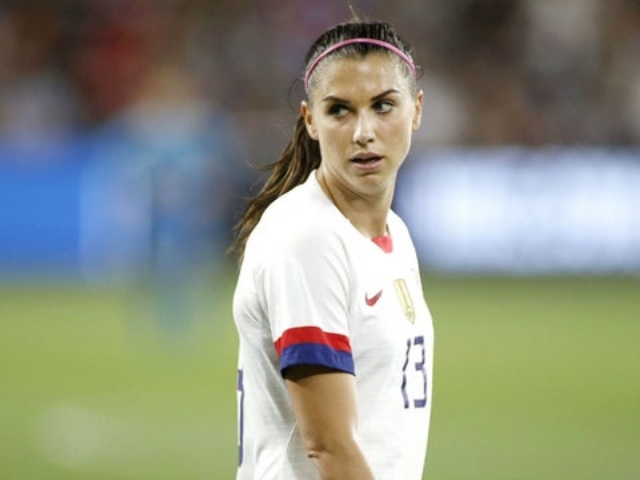 The U.S. women’s national soccer team has not yet won the World Cup this year. However, that rather significant factor did not prevent one of the team’s star players from saying what she would not celebrate at the White House if they did.

Alex Morgan, a forward for the USWNT, told TIME Magazine that she “doesn’t stand for a lot of things the current office stands for.”

“We don’t have to be put in this little box,” Morgan said. “There’s the narrative that’s been said hundreds of times about any sort of athlete who’s spoken out politically. ‘Stick to sports.’ We’re much more than that, OK?”

According to the Hill, “Morgan has spoken out against a number of Trump administration policies. She said in an interview with Time that she was particularly upset by the administration’s ‘zero-tolerance’ policy at the border that led to thousands of family separations.”

The USWNT did visit the White House after their World Cup victory in 2015, when President Obama was in office.

Morgan and any other teammates wh decide not to visit 1600 Pennsylvania Avenue, if they win the World Cup, will have a lot of company. In recent months several members of the Boston Red Sox, including manager Alex Cora, declined to visit the White House. The Virginia Men’s Basketball Team also declined, though that decision appears to have had something to do with scheduling.

From Bourbon Street to Food Banks, Signs of a Slow U.S. Recovery

From Bourbon Street to Food Banks, Signs of a Slow U.S....

Third of Americans would say ‘no’ to COVID vaccine – even...