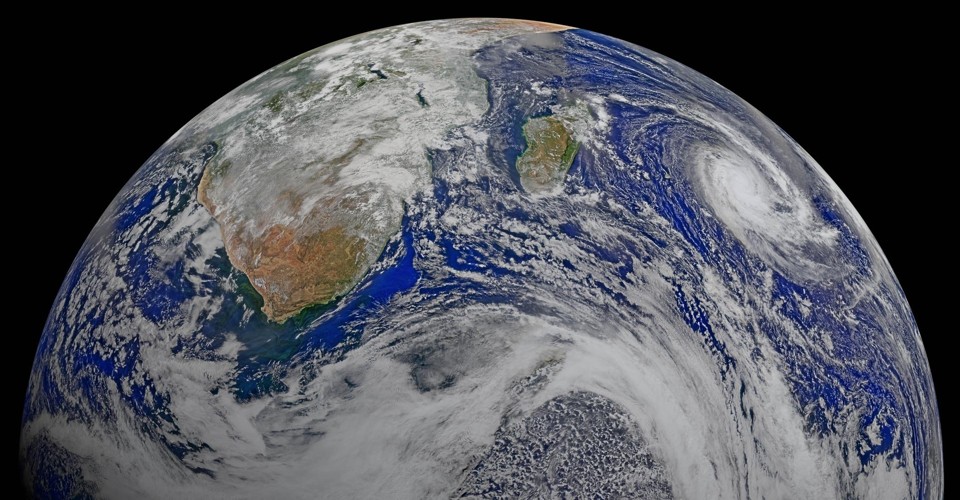 Sixty is just the beginning. Musk hopes to deploy as many as 12,000 satellites, to furnish the constellation. “I wouldn’t be surprised if we’re launching at least on the order of 1,000 to 2,000 satellites a year,” he told reporters recently.

Starlink will connect the globe with reliable and affordable high-speed broadband services pic.twitter.com/dWVvPwVWU4

That’s a lot of satellites. Right now, there are about 5,000 in orbit around Earth—in total. Only about 2,000 are still functioning. Nearly half belong to the United States, with China and Russia leading the pack with the rest. “I think within a year and a half, maybe two years, if things go well, SpaceX will probably have more satellites in orbit than all other satellites combined,” Musk said. “If things go according to plan—a big if, of course, but it is quite remarkable to think of that being the case.”

The launch puts Musk ahead of other entrepreneurs with their own internet-satellite ambitions. Jeff Bezos wants to launch thousands through a program under Amazon, and Greg Wyler, the head of OneWeb, which was established for this express purpose, deployed the company’s first six satellites in February.

SpaceX’s initial delivery of satellites is also a bit of a headache for a niche group of conservationists, the people who worry about the growing number of satellites and pieces of debris accumulating over Earth. They warn that a crowded orbit increases the risk of collisions, fast-moving impacts that would generate even more floating junk. A historian once told me that if an avalanche of crashes were to knock out the entire satellite infrastructure, “tentacles of disruption” would unfurl across the globe. Some experts even say that a packed orbit would make it more difficult for space missions to squeeze through and leave Earth altogether.

“The space environment isn’t easy to clean,” says Lisa Ruth Rand, a historian who studies orbital debris. “As difficult as it is to remediate damage on Earth from, say, an oil spill, imagine how difficult it would be to clean up a disaster in microgravity.”

Musk said SpaceX is “taking great pains to make sure there’s not an orbital-debris issue.” The newest satellites, he points out, orbit at an altitude low enough that allows them to become sucked back into Earth’s atmosphere within a year, if they stop working. The satellites also receive radar information that tracks objects in orbit, allowing them to “automatically maneuver around any orbital debris.”

The fact that SpaceX is doing the kind of work historically done by national governments doesn’t seem as novel as it did even a few years ago. But the thought of a commercial company’s satellites outnumbering all the rest, and in such a short period of time, is rather astonishing. If extraterrestrial beings swung past Earth and checked the tags on the artificial objects shrouding the planet, they might think the place belonged to SpaceX.

We want to hear what you think about this article. Submit a letter to the editor or write to letters@theatlantic.com.

Marina Koren is a staff writer at The Atlantic.