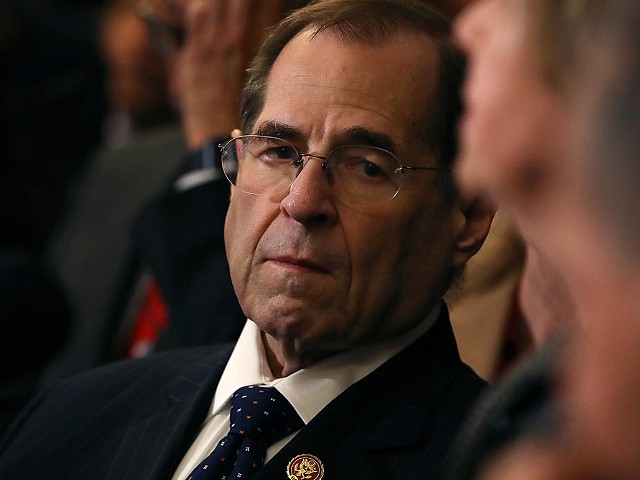 Nadler said, “Well, I’m constantly evolving in my thinking on this, and frankly, I’ve been going back and forth too. Because it’s a very tight question. Yeah, I urged the speaker to speed things up and to consider an impeachment inquiry. Part of the rationale for that, which was that, if you’re in court seeking to enforce subpoenas, you have better odds in court if you can say this is part of your impeachment inquiry rather than just part of your general oversight, that rationale is much weaker now than it was on Monday since those two court decisions came down in our favor.”