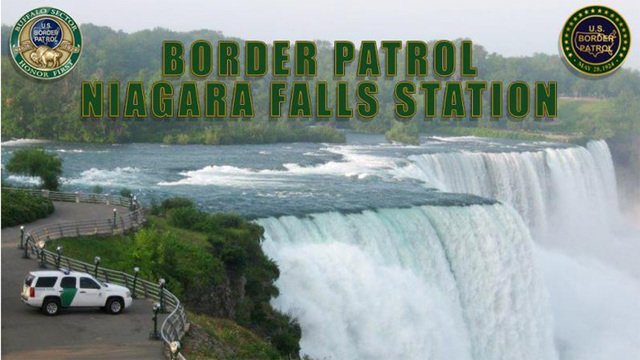 Tuesday evening U.S. Border Patrol agents assigned to Niagara Falls Station responded to a report of a man swimming across the Niagara River, just south of the Whirlpool Bridge in Niagara Falls.

They found a life vest and swim fins near the shore but they couldn’t find the man.  A possible vehicle involved in the incident was identified and a law-enforcement-notification on the vehicle was issued to local authorities.

At approximately 3:20 a.m. on Wednesday, officers with the Niagara County Sheriff’s Office located the vehicle at a local mall and notified Border Patrol.

“This individual placed himself in extreme danger by swimming across the Niagara River in attempt to illegally enter the U.S. and is lucky to have survived the ordeal. The river is immensely hazardous with rapids, strong currents, and low water temperatures,” said Patrol Agent in Charge Josh Barrett of the Niagara Falls Border Patrol Station.

In another incident involving Niagara Falls Border Patrol agents, a citizen of the Dominican Republic and another from Mexico were caught after being smuggled into the U.S. on a Canadian vessel.  The pair were dropped off at a dock at Lewiston Landing.  A Canadian who operated a vehicle they were about to drive away in was also arrested.