Home Breaking News Julián Castro: ‘It Is a Mistake Not to Move Forward’ with Impeaching... 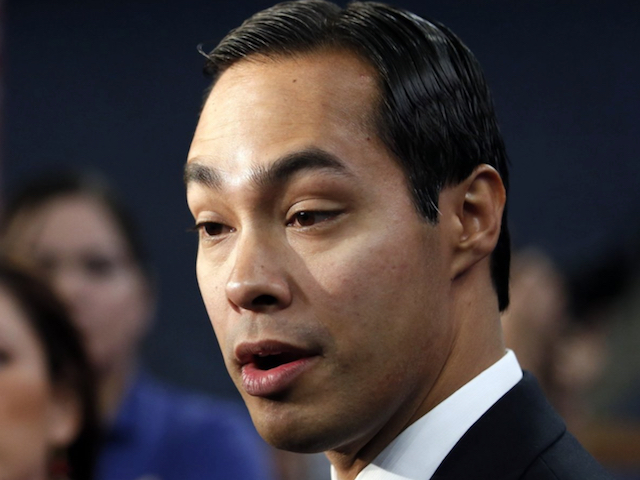 Friday on CNN, former Obama administration Housing and Urban Development Secretary and 2020 Democratic presidential hopeful Julián Castro said it is a mistake for Democrats in the House of Representatives to not open an impeachment inquiry against President Donald Trump.

Castro said, “It is clear that over the years that Speaker Pelosi has proven herself over and over again. She has a great political antenna, you know. I have tremendous respect for her. At the same time, I actually believe that it is a mistake not to move forward with impeachment right now, both because Bob Mueller pointed out in his where the president either obstructed justice or tried to obstruct justice. That in and of itself, I believe calls for impeachment, and he basically laid it at the hands of Congress to go forward with that.”

He added, “I don’t think we should view it through a political lens. There’s something he did wrong here, and he wants to hold him accountable. Even if we do see it through a political lens, here’s what’s going to happen if you don’t impeach the president because he’s deserving of it when the fall election comes around he’s going to turn around and said, ‘Look, did they impeach me? You know why they didn’t impeach me, because I didn’t do anything wrong. Don’t you think if I had done something wrong that these folks that always are trying to get at me, don’t you think that they would impeach me? Yeah, of course, they would have. Why didn’t they do it? They didn’t do it because I didn’t do anything wrong.’ So the mistake is that really you’re playing into his hand by giving him a clean bill of health.”