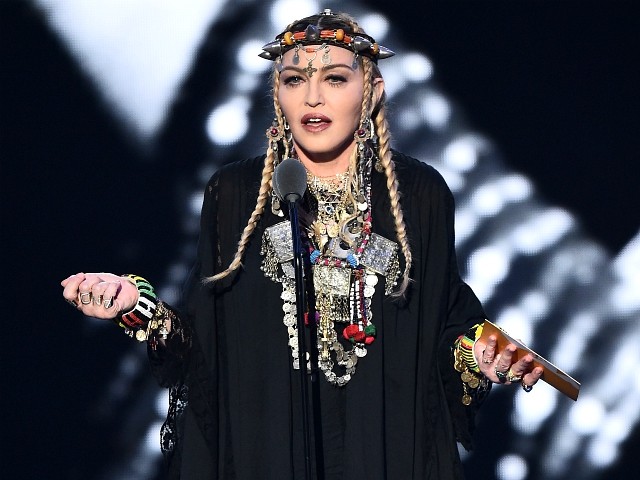 TEL AVIV — As Madonna landed in Israel ahead of her performance at the Eurovision Song Contest final, Sylvan Adams, the Canadian-Israeli philanthropist who picked up the hefty $1.3 million tab to bring her here, said the headlines garnered by the megastar’s visit would be worth every penny.

Madonna has “glamour and reach,” Adams told Breitbart News. “She makes news, and by the way, so does Israel.”

“This combination will have us in every major newspaper in the U.S.,” he added

“Eurovision is completely unknown in North America,” Adams said, adding that it is the biggest song competition in the world.

“We’ll be showing off our beautiful Tel Aviv as we host the most successful Eurovision ever,” he said.

The singer, who was accompanied by an entourage of some 135 people including rapper KoVu, a choir of 40 singers and 25 dancers, told Reuters that she would “never stop playing music to suit someone’s political agenda.”

Adams praised Madonna’s stance, “She’s an artist, why should she have a political agenda?”

Last month, singer and BDS overlord Roger Waters appealed to Madonna to rethink her decision to perform at Israel’s Eurovision, saying it “normalizes the occupation, the apartheid, the ethnic cleansing, the incarceration of children, the slaughter of unarmed protesters.”

When it comes to the Pink Floyd vocalist, Adams does not mince words.

Jews “are in fact the indigenous people of this land. If anyone wants to take him to Jerusalem, built by our King David, that might enlighten him,” he said. “He’s an ignoramus. And he has an agenda and it’s a hateful agenda. Somebody obviously spun his head around and fed him with a bunch of lies about this place which any visitor to Israel knows is not true after five minutes.”

Madonna’s visit isn’t the first time the 60-year-old billionaire has put Israel in the cultural spotlight on the world stage. Last year, he reportedly invested $80 million to bring the Giro d’Italia to Israel, marking the first time the cycling competition — the world’s largest — took place outside Italy. Adams, an avid cyclist who also competed in the Giro, said at the time that bringing the competition to Israel constituted an “antidote to BDS.”

According to Adams, who immigrated to Israel four years ago, first-time visitors to the country are invariably “surprised and impressed.”

“They are shocked to see that we are open, tolerant, friendly, pluralistic, democratic and most importantly, safe,” he said. “My idea is to show the true Israel … and because the media doesn’t want to portray that, this is a way of reaching over them.”

With close to 200 million viewers, Eurovision has the potential to reach “200 million first-time visitors to Israel via their television sets,” Adams said.

While Adams acknowledged that last week’s rocket barrage into Israel from the Hamas-ruled Gaza Strip left Eurovision — and Madonna’s visit — on shaky ground, he remained confident in Israel’s military and political leaders.

“Hamas used [the contest] as leverage to get some more concessions,” Adams said.

“It’s all a big game for them. For us, we just want to live like normal people.”