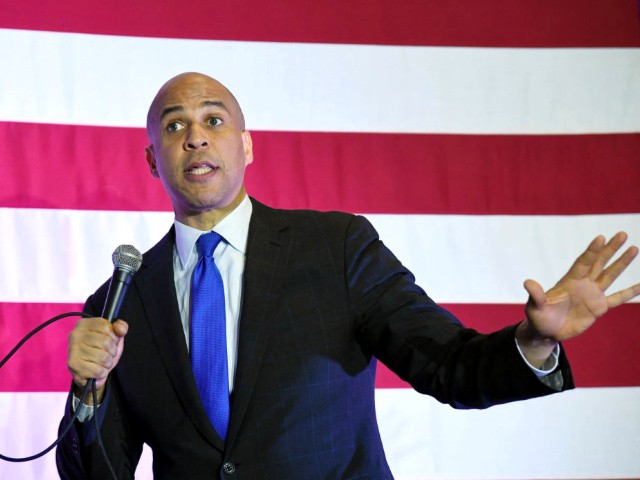 KARL: So, I want to ask, Chris Hughes who helped co-found Facebook has now come out to say that it should be broken up. He says that it is unprecedented and un-American to have this much power in one company. Where do you stand on breaking up Facebook?

BOOKER: I don’t care if it’s Facebook, the pharma industry, even the agricultural industry. We’ve had a problem in America with corporate consolidation, that is having really ill effects.

And we should have – if I’m president of the United States, I will have a Justice Department that uses antitrust legislation to do the proper investigations and to hold industries accountable for corporate consolidation.

KARL: So, Elizabeth Warren’s already out there saying break up Facebook, break up Google …

BOOKER: Right, but I don’t think that a president should be running around, pointing at companies and saying breaking them up without any kind of process here.

We need to create systems and processes that work …

KARL: Well, that’s what she’s saying. She’s the one that’s saying that.

BOOKER: Well again, she has – let her discuss and debate her positions. I’m telling you right now, we do not need a president that is going to use their own personal beliefs and tell you which companies we should break up. We need a president that’s going to enforce antitrust laws in this country, and I will be that person.