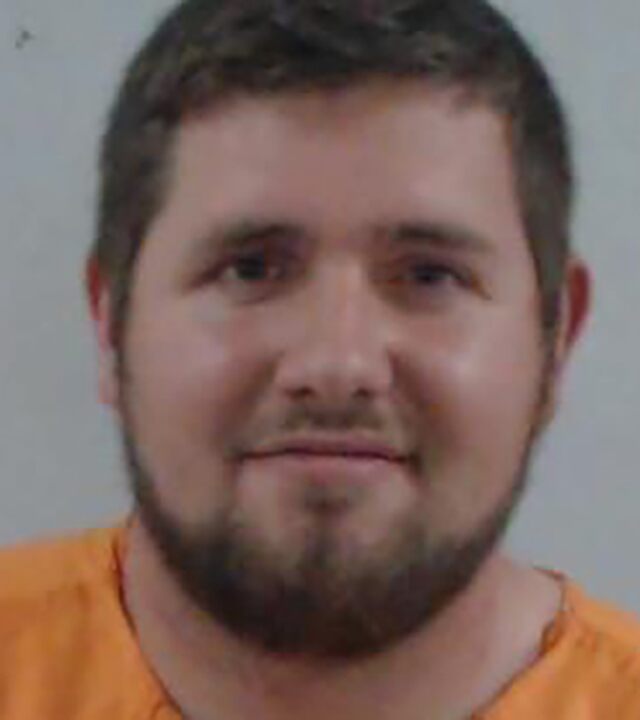 A Florida man was arrested over the weekend for refusing to remove a sticker from his vehicle’s window that crudely described a person’s sexual appetites.

Dillon Shane Webb, 23, was charged with misdemeanor counts of violating Florida’s obscenity law and resisting an officer without violence, a Columbia County Sheriff’s Office report said. The sticker read, “I eat a–,” according to the arrest report obtained by the Lake City Reporter.

Dillon Shane Webb, 23, was arrested for refusing to take down a vulgar sticker from his vehicle’s window.
(Columbia County Sheriff’s Office)

When told the reason for the stop, Webb told the deputy, “They’re just words.” Webb told the Associated Press the deputy seemed to be angry from the start of the traffic stop. He said he had the sticker on his truck for less than a week before he was stopped by the deputy.

He told the Associated Press he plans to fight the charges and defend his First Amendment right to free speech.

“I’m tired of police forces thinking they are above the Constitution, the Bill of Rights,” Webb said, adding that he wasn’t aware of the state’s obscenity law. He said he could see why the sticker would be seen as vulgar by some but the law doesn’t really define what that is.

“I’m tired of police forces thinking they are above the Constitution, the Bill of Rights.”

“What’s vulgar to me might not be vulgar to somebody else,” Webb said.

The deputy determined probable cause of a violation of criminal law and took action, the sheriff’s office told the Associated Press.

“If the law is faulty then the Legislature can address that or if the law is unconstitutional then the judiciary will address it,” Sgt. Murray Smith said.

“If the law is faulty then the Legislature can address that or if the law is unconstitutional then the judiciary will address it.”

Webb was initially cited for obscenity with a notice to appear in court and was told to change the derogatory part of the sticker, but Webb refused. He was then charged with resisting and was taken to jail. He was released hours later on $2,500 bond.