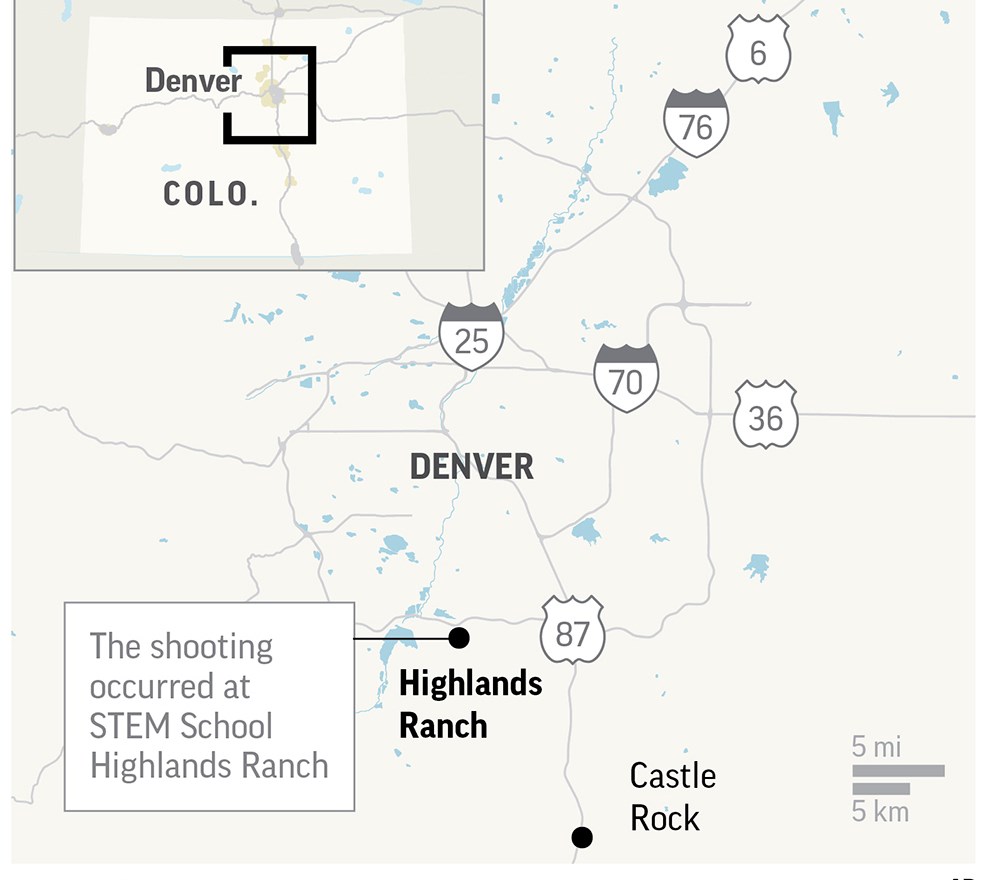 Authorities say eight students were injured in a shooting at a suburban Denver school, and several are in critical condition.

Douglas County Sheriff Tony Spurlock said at a news conference Tuesday that two shooters walked into the school and opened fire on students in two classrooms.

He said a number of students were shot and wounded. The victims are all 15 and older.

Spurlock says the gunmen were both students at STEM School Highlands Ranch and that he had no information about whether anyone was targeted.

The sheriff says the shooters are in custody, believed to be a man and a minor boy.

Spurlock says at least a handgun was recovered, but he didn’t release other information on weapons.

Douglas County Undersheriff Holly Nicholson-Kluth says there is a possible eighth injury and doesn’t believe there are any other shooters, but tactical teams were still searching room by room. She did not know if there were fatalities or other details about the victims or the extent of their injuries.

Lines of firetrucks, ambulances and law enforcement vehicles from multiple agencies were at the school and medical helicopters landed on a grassy field.

The shooting occurred at the middle school at STEM School Highlands Ranch, a public charter with more than 1,850 students in kindergarten through 12th grades.

The sheriff’s office said deputies responded around 1:50 p.m. to the school in the Highlands Ranch community about 15 miles (24 kilometers) south of Denver.

Nicholson-Kluth said police and deputies got there almost immediately and heard shots as they arrived. The school is near a sheriff’s department substation.

The sheriff’s office directed parents to a nearby recreational center to pick up their children.

“I was almost the victim of an attempted lynching”: Black man...