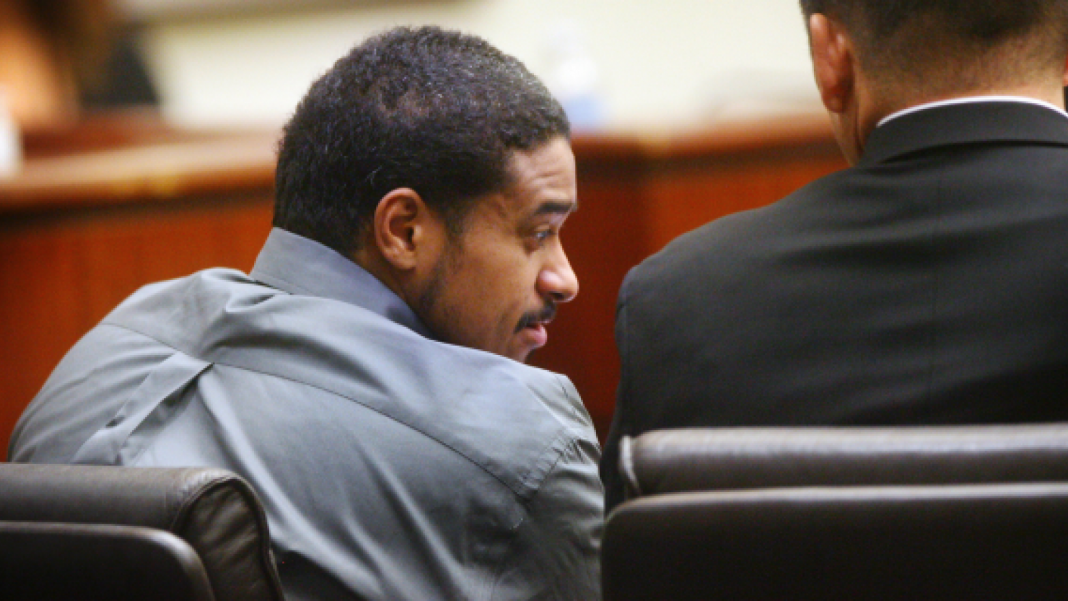 INDIO, Calif. – The trial of a man charged with killing two Southern California police officers in an ambush-style attack began with tears Wednesday, as jurors cried when the prosecutor in the case held up the AR-15 rifle used in the killings and described the fatal wounds.

Prosecutor Manny Bustamante told jurors in opening statements that admitted gang member John Hernandez Felix targeted the officers simply because they were police. Some cried as he spoke of their wounds.

Palm Springs Officers Lesley Zerebny and Jose “Gil” Vega were killed while responding to a domestic violence call at Felix’s mother’s house on Oct. 8, 2016. Prosecutors say Felix was wearing body armor when he opened fire with the AR-15.

“This defendant intentionally took that sunset and any remaining sunsets they had in their lives, not only because they were Zerebny and Vega, but because they were Officer Vega and Officer Zerebney,” Bustamante said, the Desert Sun reported .

Six other officers were injured as police and Felix exchanged gunfire in the residential neighborhood in Palm Springs, more than 100 miles (161 kilometers) east of Los Angeles. Felix was arrested after a lengthy standoff.

Felix’s attorney told jurors that his client has low intelligence and was on drugs at the time of the crime.

“The acts described by Mr. Bustamante were extremely violent and ultimately deadly,” defense attorney John Dolan said. “Were the acts the only thing to be considered by the jury, this case would be indefensible.”

He said it’s Felix’s intent that’s “the controversy in this case.”

Felix’s parents described him as lazy and later angry when on drugs, but never violent, Dolan said. The only time Felix’s mother said she feared her son was the day of the attack.

“She said, ‘That was not my son. He was acting very strangely,’ ” Dolan said.

The Indio courtroom was packed for the first day of the trial, which continued with testimony in the afternoon.

Prosecutors are seeking the death penalty. Felix’s attorneys had argued that he is too intellectually disabled to face capital punishment, but the judge in the case disagreed.

Gov. Gavin Newsom earlier this year announced a moratorium on the death penalty in California. Newsom’s reprieve lasts only so long as he is governor and does not prevent prosecutors from seeking nor judges and juries from imposing death sentences.

Vega, a father of eight, was a 35-year veteran months away from retirement when he was killed. He wasn’t scheduled to work the day he died but had volunteered to fill the shift.

Zerebny was a rookie officer just back from maternity leave.