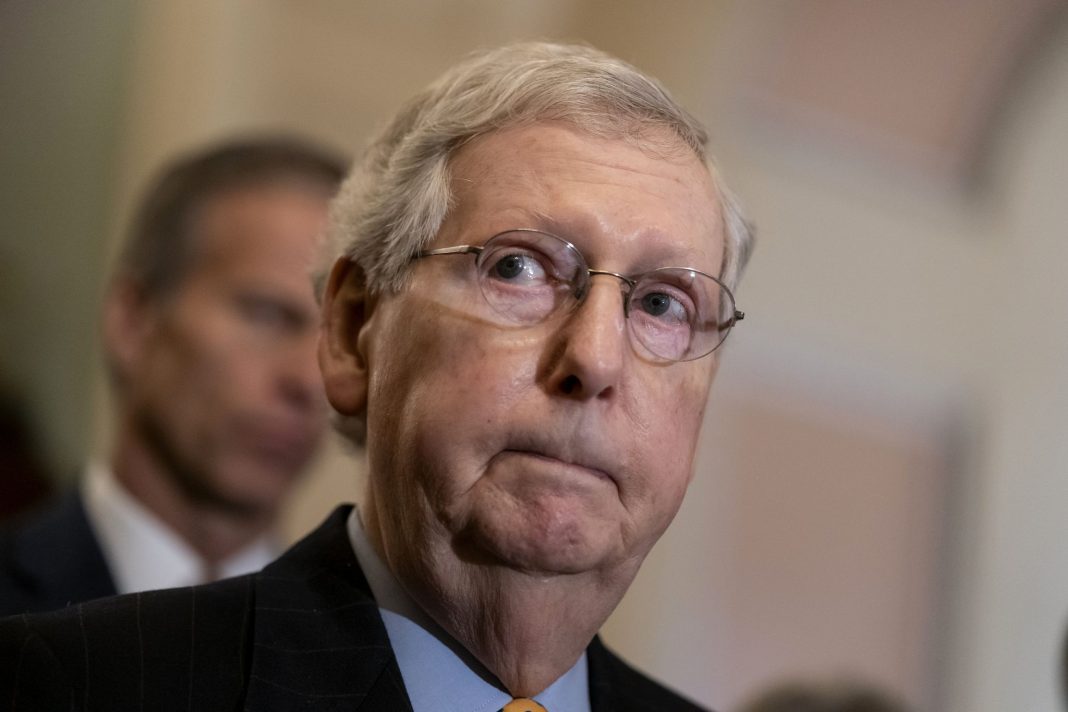 Majority Leader Mitch McConnell said Republican senators running for re-election next year should not couple their messaging to President Trump but rather run “independent” campaigns built around how they’ve helped their states.

The Kentucky Republican, who is himself up for re-election, said senators’ races are big enough that they can escape the gravity of the presidential race and establish themselves on their own.

Mr. McConnell also said Republicans must — and can — reverse disastrous losses in the suburbs that cost them their House majority in November’s elections.

“There’s no good reason for your typical suburban resident to be frightened by this Republican Senate,” he told reporters in a briefing on policy and politics as the 100-day mark of the new Congress approaches.

He said Democrats have helped the GOP with its case by running so far to the left on issues such as the Green New Deal, a sweeping environmental and social policy overhaul, and “Medicare for All,” a government-sponsored universal health care plan.

Republican senators can tell voters they’ll guard against that sort of change, he said.

“From a Senate point of view I’m going to be arguing, and I’m encouraging my colleagues to argue, that we’re the firewall against socialism in this country,” Mr. McConnell said.

Republicans hold 53 seats in the Senate right now, and have 21 of those seats up in 2020. Democrats are defending 12 seats.

The most endangered seat is probably that of Sen. Doug Jones, an Alabama Democrat who lucked into his victory in a special election in 2017 after a nasty GOP primary left Republicans with flawed nominee Roy Moore. Among other hurdles, Mr. Moore faces accusations that as a lawyer in his 30s he dated teen girls.

Among the GOP’s toughest races are Sens. Cory Gardner in Colorado, Martha McSally in Arizona, Thom Tillis in North Carolina and David Perdue in Georgia.

Democrats said those lawmakers will struggle to walk a line between backing Mr. Trump and building bipartisan accomplishments.

“My advice to all of our people — take Gardner, and McSally, maybe Tillis and maybe Perdue — paint you’re own picture. What difference has your service made? And our races are big enough that where you can make a case independent of whatever else is going on,” he said.

“I think we’re planning on running independent campaigns, and if they take my advice I think the best argument for us is they are fundamentally trying to change America into something it’s never been, and if you want to make sure that doesn’t happen, go out and elect a Senate Republican majority,” Mr. McConnell said.

US border authorities see spike in unaccompanied minors from Mexico

Hirono: McConnell Wants Senate Trial ‘to Basically Be a Whitewash’

US border authorities see spike in unaccompanied minors from Mexico

Hirono: McConnell Wants Senate Trial ‘to Basically Be a Whitewash’