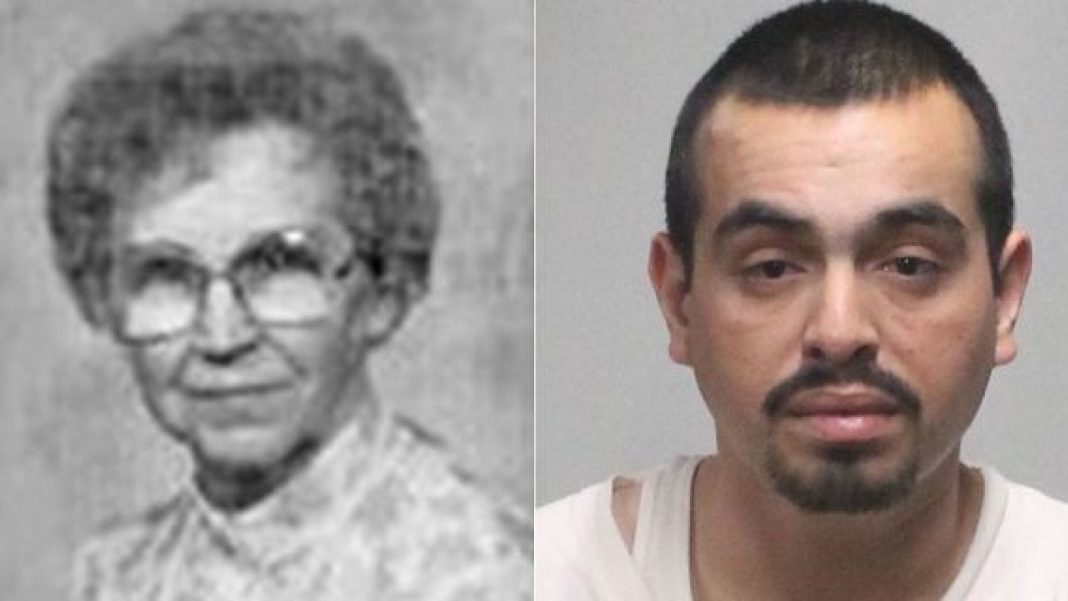 Police in Yuba City in Northern California said Leola Shreves, 94, left, was “brutally murdered” in her home in 2013. On Wednesday, cops said Armandoa Cuadras, 29, right, was arrested in her death based on DNA.

Northern California detectives have announced an arrest after testing DNA in the cold case of a 94-year-old woman they say was “brutally murdered.”

Shreves’ 20-year-old next-door-neighbor, Michael Alexander, was arrested a short time after the murder when police said he told detectives he had “two sides” and that “Angry Mike” committed the crime, the Sacramento Bee reported Thursday, citing a local newspaper.

Prosecutors dropped the case against him, however, after saying in court papers that an analysis of DNA evidence found at the scene excluded him as a suspect.

CBS 13 Sacramento reported a new process for analyzing DNA enabled detectives to produce a familial match that led to the arrest.

Assistant Police Chief Jeremy Garcia said Cuadras is the first person to be identified as a suspect and arrested under this new DNA analysis technique.

Cuadras was jailed without bail.

“He really has no idea we were coming,” Sgt. Steve Thornton told CBS 13. “For him, it was total shock.”