Home Breaking News Waters: ‘This President Is an Expert Criminal’ 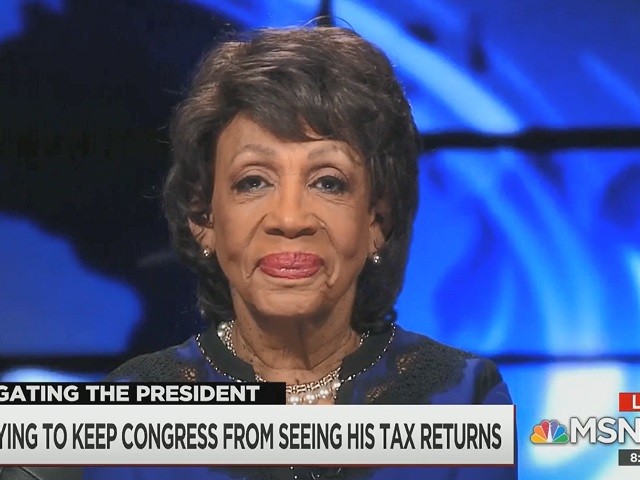 On Friday’s broadcast of MSNBC’s “All In,” House Financial Services Committee Chair Maxine Waters (D-CA) discussed the fight over President Trump’s tax returns and stated that Trump “is an expert criminal who knows how to do everything possible to protect himself.”

Waters said, “Well, first of all, it has been stated over and over again that so many other presidents released their tax returns, that everybody expects that the president of the United States would follow suit, and he would release his returns. He’s lied. He said that they’re under audit. He never intended to release them. He is not going to release them until we make him, until we force him to do it. He thinks now, that if he goes to court, if he ties it up in court, if he makes it go on long enough, that he’ll get to the Supreme Court, he thinks he owns enough votes in the Supreme Court in order to be protected. This president is an expert criminal who knows how to do everything possible to protect himself. And all of those people who get in the way, who happen to be hired by government, will be fired. He attacks any government official who denies him what he wants to have.”

She continued, “And so, we know enough about him now in order to want to get those tax returns, to find out a lot more about him. First of all, he lies about his net worth. Secondly, there is information floating around that shows that, in fact, he has earned money that he has funneled into the foundation that should have been money declared in his tax returns. … The law gives the Ways and Means Committee the right to go after them, and we cannot let up.”

Man Gets 8 Months in Prison for Celebrating Murder of French...