Home Blue Lines Youtube prankster arrested for impersonating a cop; tried to give woman a... 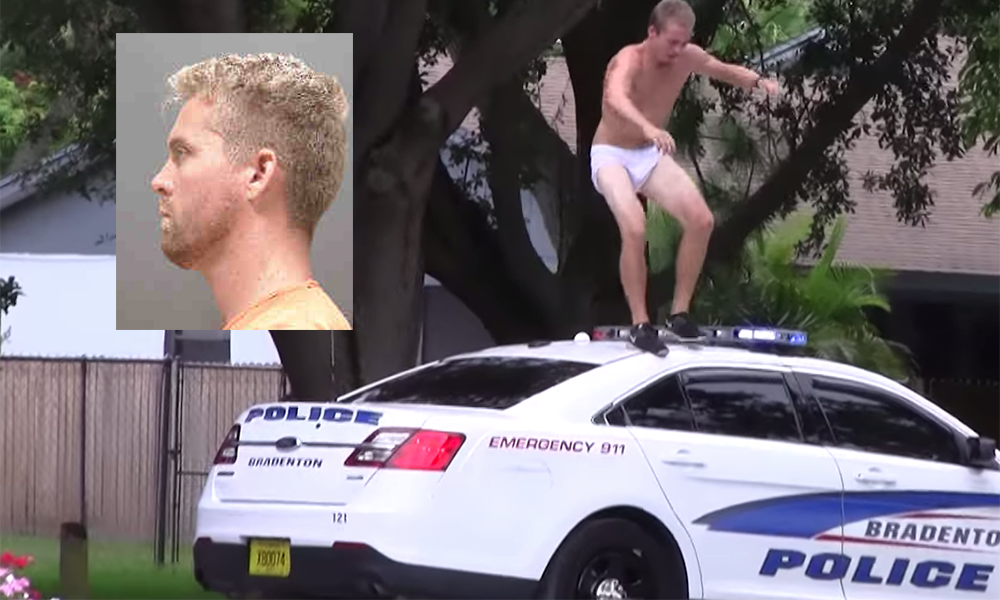 A Florida want-to-be Youtube star has seen one of his pranks backfire.

According to WWSB, a Bradenton man dressed in a security guard uniform has been arrested and charged with impersonating an officer after he tried to write a woman a fake ticket for “parking in a handicap spot.”

The woman parked her vehicle in a regular spot at a Steak n’ Shake and was approached by Charles Ross dressed in what appeared to be a security guard uniform.

Ross, who has a Youtube Channel dedicated to pulling pranks on people, then tried to write the woman a ticket.

She did not believe Ross was who he said he was, and threatened to call 911.

He backed off, but not before yelling at the woman as he left in his car.