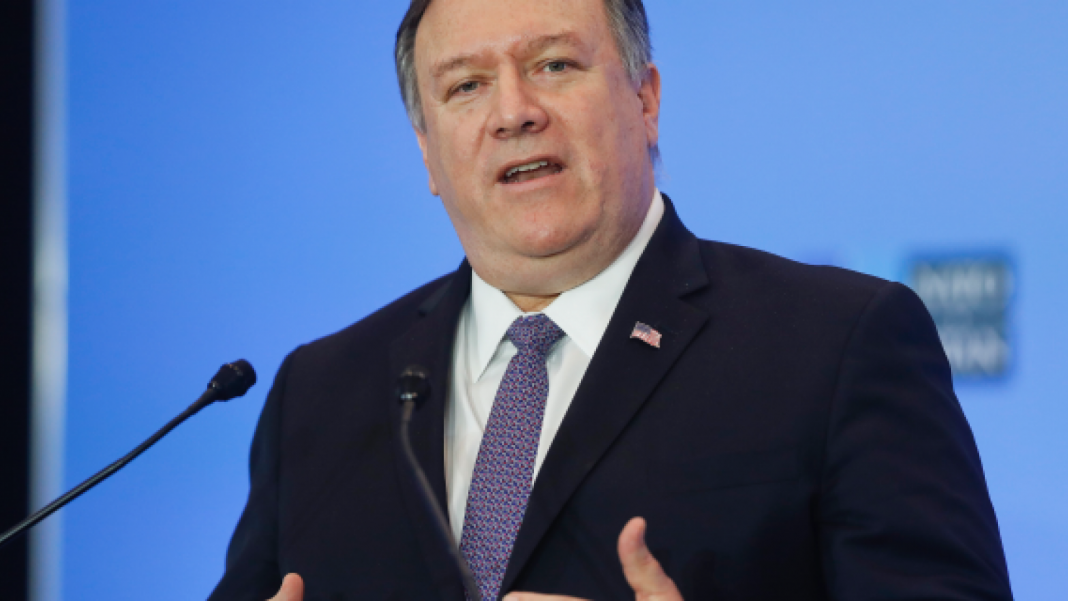 Secretary of State Mike Pompeo gestures while speaking during a news conference at the US State Department in Washington, Thursday, April 4, 2019. (AP Photo/Pablo Martinez Monsivais)

WASHINGTON – The Trump administration is renewing calls for Moscow to withdraw its military personnel from Venezuela, where they are helping prop up embattled President Nicolas Maduro (nee-koh-LAHS’ mah-DOO’-roh).

Secretary of State Mike Pompeo told “Fox & Friends” on Friday that he’s seen no signs the Russian personnel were leaving and that Moscow’s involvement might “get worse before it gets better.”

The U.S. and several dozen other nations have recognized Venezuela’s opposition leader as interim president, while Russia and China have staunchly backed Maduro.

The Kremlin has rejected U.S. calls for Moscow to withdraw, saying U.S. troops are in many parts of the world and no one is telling America where it should or shouldn’t be.

‘Keep Your Damn Hands Off’ of the Supreme Court, U.S. Senate, Electoral College