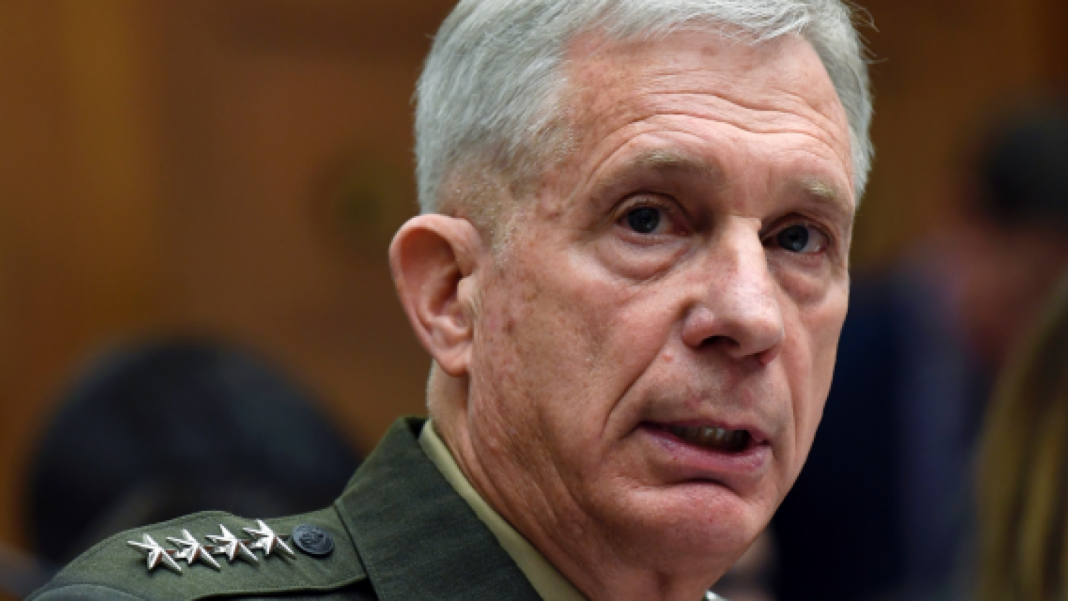 WASHINGTON – Just weeks after insisting that American airstrikes in Somalia had killed no civilians, U.S. Africa Command said Friday that new information reveals that a woman and a child died last April when a U.S. strike targeted al-Shabab militants.

The revelation comes on the heels of a report by Amnesty International that charged last month that as many as two dozen civilians had been killed or wounded in U.S. airstrikes in Somalia.

Military officials at the time rejected Amnesty International’s conclusions. But the report, combined with questions from Congress and a recent spike in U.S. strikes in Somalia, prompted Gen. Thomas Waldhauser, head of Africa Command, to order an in-depth review of the matter.

Earlier this week, that ongoing audit uncovered the April 2018 drone strike near El Burr that killed four al-Shabab militants along with the woman and the child in a vehicle.

Air Force Col. Chris Karns said information about their deaths was never sent to Africa Command headquarters so commanders were unaware of them until this week. He said that the reporting error is being addressed and that commanders believe the two civilian deaths were an “isolated situation” but the audit is continuing.

“Credibility, transparency, and accountability are fundamental to military operations,” Waldhauser said in a statement. “It is critically important that people understand we adhere to exacting standards and when we fall short, we acknowledge shortcomings and take appropriate action.”

In its report last month, Amnesty International said it analyzed satellite imagery and other data and interviewed 65 witnesses and survivors of five airstrikes, which were detailed in the report. The report concluded there was “credible evidence” that the U.S. was responsible for four of the airstrikes and that it’s plausible the U.S. conducted the fifth strike. It said 14 civilians were killed and eight were injured.

U.S. Africa Command at the time said it looked at the five strikes and concluded there were no civilian casualties in four of them. In the fifth case the command said there were no U.S. strikes in that area on that day.

The April 2018 strike that officials said they learned about this week was not one of those detailed by Amnesty International.

According to Karns, Waldhauser launched the audit soon after the Amnesty International report came out in an effort to make sure the command was doing everything possible to investigate potential civilian casualties. He said Lt. Gen. James Vechery, a deputy commander at Africa Command, is leading the audit team and received information about the new civilian deaths on Tuesday, as the review was progressing.

In an interview Friday, Marine Corps Maj. Gen. Gregg Olson, U.S. Africa Command’s director of operations, said the initial assessment of that strike last year concluded there were only men from al-Shabab in the vehicle that was struck.

He said that later, information on a Somali website alleged there had been civilian casualties. Military officials reviewed the strike and determine it wasn’t credible but later got more information that led them to change their minds and determine that a woman and a child also had gotten into the vehicle.

That information, however, was never forwarded to Africa Command, Karns said, and as a result Africa Command had insisted for a year that there had been no civilian losses in the Somalia campaign.

Olson said that new information was never passed along to Africa Command by a lower level military unit. He wouldn’t identify the unit but said leaders are looking into why the information wasn’t passed on.

“We don’t believe it was intentional,” he said, adding that he’s confident this represents the only breakdown in communications.

He added, however, that new information from outside sources could come in and trigger reassessments of other strikes down the road.

“We do believe this is the first time actions resulted in civilians losing their lives,” Karns said. “It’s regrettable and tragic, and we want to apply lessons learned going forward.”

He added that Congress and the government of Somalia were notified of the civilian deaths.

This year there have been 28 U.S. airstrikes in Somalia, compared with 47 in all of last year, and about 800 al-Shabab militants have been killed. Al-Shabab is linked to al-Qaida and is the deadliest militant group in the region.

The extremist group holds large parts of rural central and southern Somalia and carries out deadly attacks in the capital, Mogadishu, as part of its violent campaign to establish an Islamic state in the long-chaotic Horn of Africa nation.

Military leaders have repeatedly said they rigorously assess targets to ensure no civilians will be hurt or killed.

Amnesty International and Africa Command officials have said that the strikes usually take place in hostile areas controlled by al-Shabab militants. Those conditions make it very difficult for civilians or military troops to conduct on-site investigations, do local interviews and gather evidence.