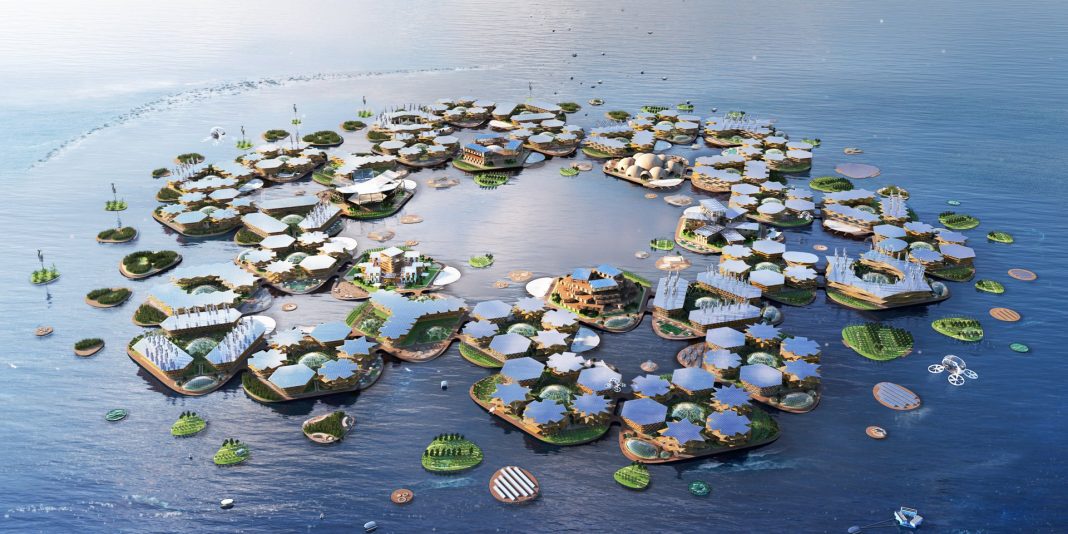 What once seemed like the moonshot vision of tech billionaires and idealistic architects could soon become a concrete solution to several of the world’s most pressing challenges.

At a United Nations roundtable on Wednesday, a group of builders, engineers, and architects debuted a concept for an affordable floating city.

Unlike instances in the past when these futuristic designs have been met with skepticism, the executive director of the United Nations Human Settlement Programme (UN-Habitat), Maimunah Mohd Sharif, said the UN would support and shepherd this project to fruition.

“Everybody on the team actually wants to get this built,” said Marc Collins, the CEO of Oceanix, a company that builds floating structures. “We’re not just theorizing.”

The company believes a floating city project would address both dire housing shortages and threats from rising sea levels. The structures themselves would be designed to withstand all sorts of natural disasters, including floods, tsunamis, and Category 5 hurricanes.

The concept, known as Oceanix City, was designed by renowned architect Bjarke Ingels in collaboration with Oceanix. Though it still needs funding, it’s essentially a toolkit for investors brave enough to take on the project.

NFL could push back Super Bowl ‘as far as 4 weeks’ if necessary, Packers CEO says

Katie Hill appears to be cashing in on scandal via HER...