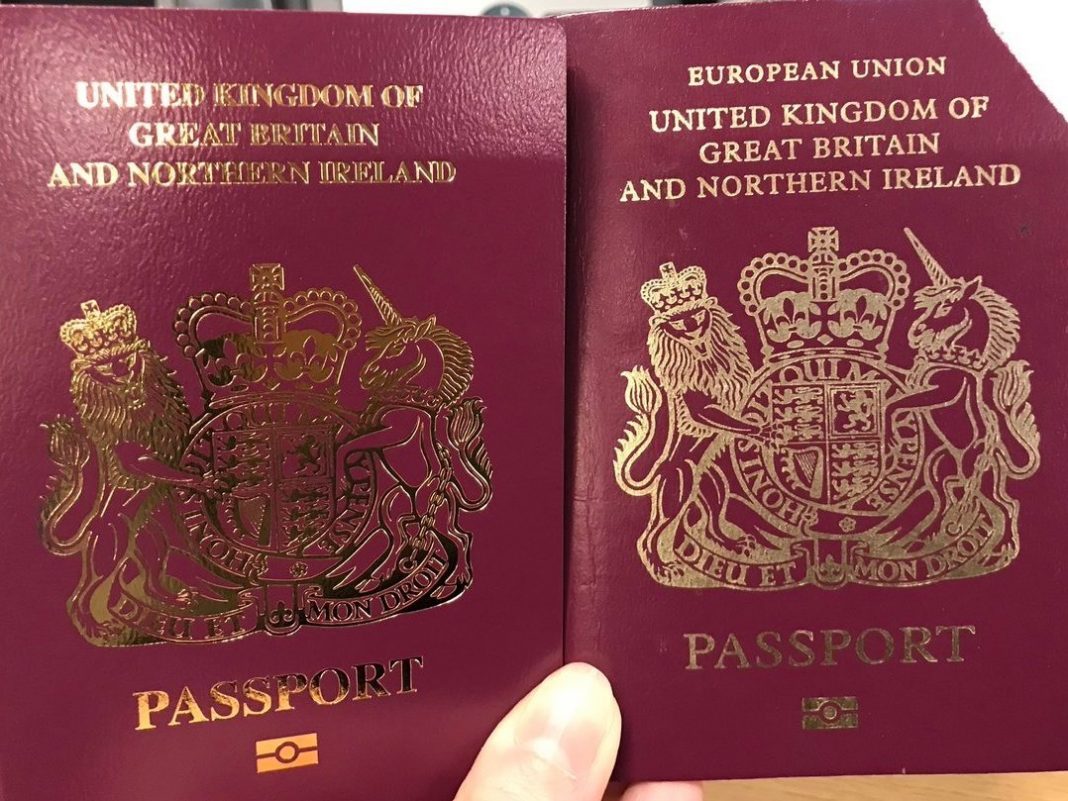 The government has already begun handing out British passports that do not carry the words “European Union” on the cover, despite Brexit being delayed.

The two words were missing from burgundy passports issued this week as the government had initially prepared for Brexit day to be on 29 March.

The Home Office said some passports with the words European Union would still be issued while the remaining stock is used up, and that members of the public would not be able to choose between the two.

Susan Hindle Barone tweeted an image of the old version of the passport alongside the new one after picking it up on Friday, saying she was “truly appalled”.

She said: “I was just surprised – we’re still members of the EU.

“I was surprised they’ve made the change when we haven’t left, and it’s a tangible mark of something which I believe to be completely futile.

“It’s not the changes to the passport – it’s just symbolic.”

The decision to remove the words from 30 March was made on the assumption Britain would leave the EU a day earlier.

It is part of a two-stage redesign process which will see blue passports gradually phased in from the end of the year.

A Home Office spokesperson said: “Burgundy passports that no longer include the words ‘European Union’ on the front cover were introduced from 30 March 2019.

“In order to use leftover stock and achieve best value for the taxpayer, passports that include the words ‘European Union’ will continue to be issued for a short period after this date.

“There will be no difference for British citizens whether they are using a passport that includes the words European Union, or a passport that does not. Both designs will be equally valid for travel.”