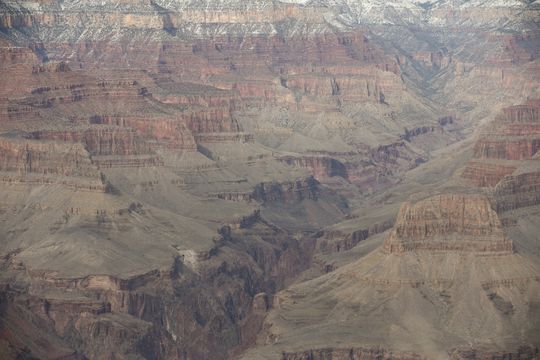 The Grand Canyon celebrated its 100th anniversary as a national park on Feb. 26, 2019. Millions of people visit the park each year, forcing managers to balance the needs of tourism and conservation. (Photo: Thomas Hawthorne/The Republic)

PHOENIX – A person died after falling off the edge of the Grand Canyon this week, the third death at the canyon since early last week.

On Wednesday at around 11:30 a.m., park rangers were notified that a man had fallen over the edge, east of Yavapai Geology Museum, a press release from the National Park Service said.

Rangers were able to find the body of a 67-year-old man about 400 feet below the rim, the release said.

The site of the fall is located on the South Rim in Grand Canyon Village. The area is open to public and visitors, the release stated.

This marks the third person to die at the Grand Canyon in the past two weeks.

More: Tourist falls hundreds of feet into Grand Canyon while attempting to take a photo

On March 26, a body, which was identified as a possible foreign visitor, was found in a wooded area south of the Grand Canyon Village away from the rim, the Associated Press reported. The cause of the death was being investigated, park spokeswoman Vanessa Ceja-Cervantes said.

Two days later, a 50-year-old tourist from Hong Kong fell into the canyon while trying to take photos at Grand Canyon West, an area that is on the Hualapai Indian Reservation west of the national park. That fall happened at Eagle Point, an area close to the famous Skywalk attraction.

Grand Canyon National Park officials in the statement about the latest death reminded visitors to keeping a safe distance away from the edge of the canyon, being extra cautious when taking pictures, and staying behind railings at overlooks.