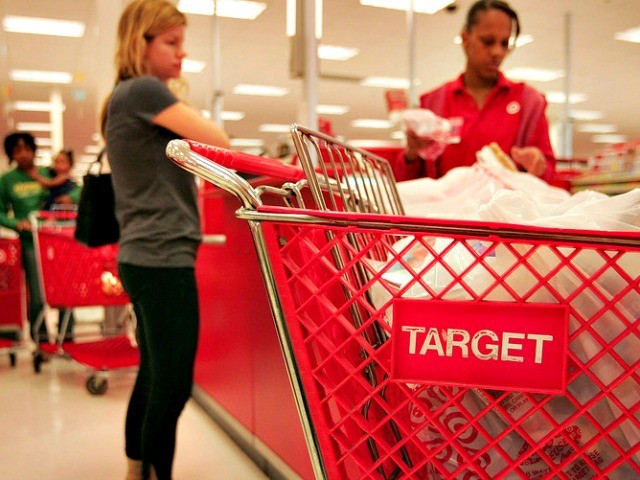 In 2017, the company predicted it would raise starting wages to $11 per hour. But in March 2018, growing competition for workers forced it to accept another raise to $12 an hour. It is now promising to set the minimum wage to $13 by June, marking a 28 percent increase in two years.

Similar rises are being seen throughout the economy as Trump’s opposition to cheap-labor migration in 2017 and 2018 is forcing investors and CEOs to compete for labor by offering higher wages. The New York Times reported:

Nationwide, the average wage of nonsupervisory workers in residential construction hit $25.34 an hour in January. That’s over 6 percent more than a year earlier, close to the steepest annual increase since the government started keeping track almost 30 years ago. Pay is taking off even among those in less-skilled construction trades.

The gains are part of a broader trend. The tightest labor market in more than half a century is finally lifting the wages of the least-skilled workers on the bottom rung of the labor force, bucking years of stagnation.

The rising wages are caused by the growing competition for labor, including the construction industry’s offer of higher wages to workers in the rival landscaping sector, the New York Times noted. “A lot of our landscape companies are upset because their guys are coming into construction because they can earn more,” said Alan Hoffmann, a construction manager in Dallas.

“When employees compete for jobs, wages stagnate or decline, because companies have little incentive to increase them … [but] when employers compete for employees, wages increase,” said an op-ed in the Washington Post by Andy Puzder, the former chief executive of CKE Restaurants.
Government immigration policy plays a critical role in protecting U.S. labor; one construction worker acknowledged to the New York Times:

“A lot of people returned to Mexico after the housing bust, and then came the deportations,” [Mexican immigrant Carlos Rojas] said. “People got scarce. Now that the work came back they are short of people.”

These days, restaurants have to offer more than federal or state minimum wage pay because they are competing for workers in a growth economy, Puzder wrote:

House Democrats are pushing the Raise the Wage Act, which would increase the federal minimum wage from $7.25 to $15 an hour by 2024. The bill promises to reignite the debate over whether government mandates or economic growth are the most effective means to raise workers’ wages. But the discussion may be superfluous, because so many major employers across the country are already raising wages and the paychecks of lower-income Americans are showing significant gains.

The increased competition for employees is driving wage growth. For February, the Bureau of Labor Statistics reported a 3.4 percent year-over-year increase in hourly earnings. It was the seventh consecutive month with wage growth clocking in at a pace of 3 percent or better. Before 2018, wage gains last reached 3 percent in April 2009.

Workers in the sectors associated with the minimum wage are doing even better. Production and non-supervisory employees in the retail sector and leisure and hospitality sector saw their hourly earnings rise 5 percent and 4.6 percent, respectively. The rise makes sense because, for the first time in decades, it is harder to find blue-collar workers than white-collar workers.

The slow but valuable gains are being made by workers on the coasts and in the heartland.

In Ohio, roughly 3,800 lower-tier staff at the Nationwide Children’s Hospital will get increases to bring their wages from $10 an hour to $15 an hour. The Columbus Despatch reported:

Dr. Steve Allen, CEO of Nationwide Children’s, said the decision marks a commitment to the well-being of employees, will help attract the best people to entry-level positions and support staff in delivering quality patient care.

“We have engaged in a number of initiatives that go beyond elite medical centers in addressing issues outside traditional medicine,” he said. “One of them is to assure that people who work for us have a wage that is sufficient in order for them to provide for their families.”

The new rate will apply to entry-level positions, such as patient care assistants who take vital signs and perform other duties, housekeepers, nutrition services employees and unit coordinators who often complete clerical and other tasks.

Seasonal workers are also gaining amid the competition for labor. Forest Highlands Golf Club, located south of Flagstaff, Arizona, approved a $12 was for 250 seasonal workers, according to a report in the Arizona Daily Sun. Also, the Arizona Snowbowl Ski Resort raised its seasonal wage to $12, the paper reported, adding:

In an email, assistant general manager Robert Linde said this early start date made sense for them so they could open the season at the new wage. Because the majority of their workforce lives in Flagstaff, Linde wrote, they wanted to be “quickly identified as employer of choice.”

“We are trying to keep skiing affordable and labor is our single largest expense. Balancing labor costs and remaining competitive is important for us as an employer and a recreation venue for Flagstaff and northern Arizona,” Linde wrote in an email.

However, companies are lobbying for more cheap labor and want Trump to abandon his “Hire American” policy.

For example, pressure from congressional Democrats and Republicans prompted the Department of Homeland Security to provide an extra 30,000 H-2B seasonal visa workers during 2019. The program boost will bring a total of 96,000 foreign wage-reducing workers into Americans’ workplaces in 2019.

Amid these blue-collar gains, there are much smaller and slower gains for white-collar workers, including college graduates. Nationwide, white-collar salaries rose by only two percent in 2018.

One contributing factor is the federal government policy of allowing CEOs and investors to keep at least 1.5 million foreign white-collar visa workers in U.S. jobs.

The foreign visa workers arrive via numerous visa programs, including the H-1B, OPT, CPT, L-1, TN, E-3, J-1, H4EAD, and O-1 programs. The huge annual inflow keeps an army of roughly 1.5 million visa workers in U.S.-based jobs. Most of the visa workers will work long hours for low wages because they hope to get hugely valuable green cards for themselves — and their extended family — from the federal government.

This federal policy of flooding the market with cheap white-collar graduates and blue-collar foreign labor is intended to boost economic growth for investors. This policy shifts enormous wealth from young employees towards older investors, widens wealth gaps, reduces high-tech investment, increases state and local tax burdens, hurts children’s schools and college education, pushes Americans away from high-tech careers, and sidelines millions of marginalized Americans, including many who are now struggling with fentanyl addictions.