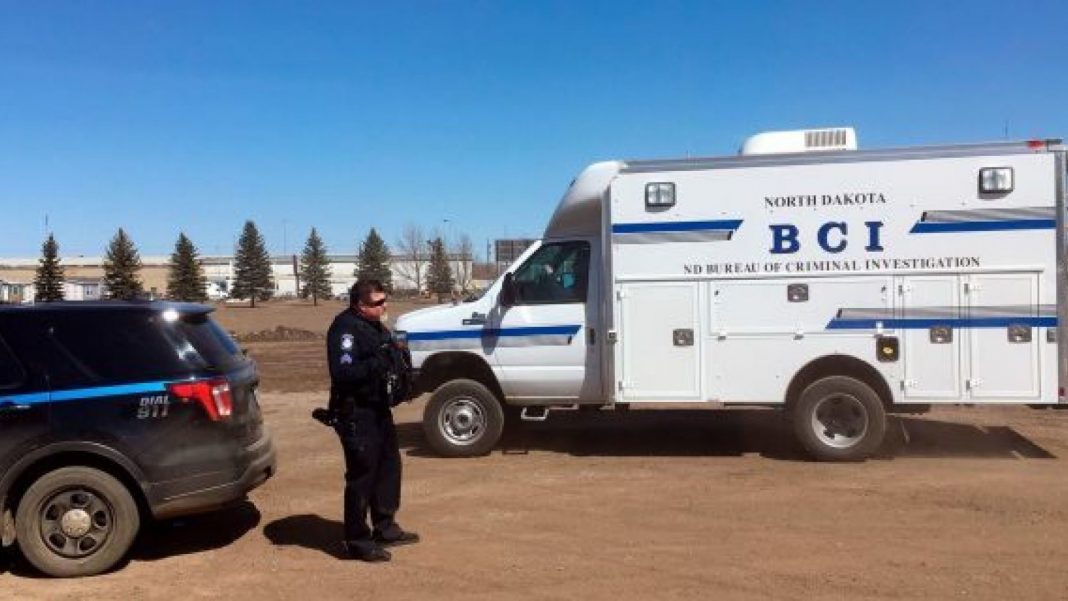 In this Wednesday, April 3, 2019 photo, state and local police search a field in Manton, N.D., about half a mile from a business where an owner and three employees were found dead. (Associated Press)

A “person of interest” who was detained Thursday in connection with four workplace murders in North Dakota earlier this week has now been arrested and charged with the killings, authorities said.

The suspect, identified as Chad Isaak, 44, of Washburn, N.D., lived in a trailer park managed by the Mandan, N.D., the company where the slayings occurred Monday, according to reports. Washburn is about 35 miles north of Mandan.

Police Chief Jason Ziegler, of Mandan, said surveillance video of a vehicle of interest helped lead investigators to Isaak, who was apprehended after a traffic stop Thursday evening.

‘PERSON OF INTEREST’ DETAINED IN NORTH DAKOTA KILLINGS AT BUSINESS

Four people were found shot and stabbed inside family-owned company RJR Maintenance and Management. The victims were identified as co-owner Robert Fakler and employees Adam Fuehrer and Lois and Bill Cobb.

Police did not speculate on a motive.

Isaak was in custody at the McLean County jail, Heavy reported.