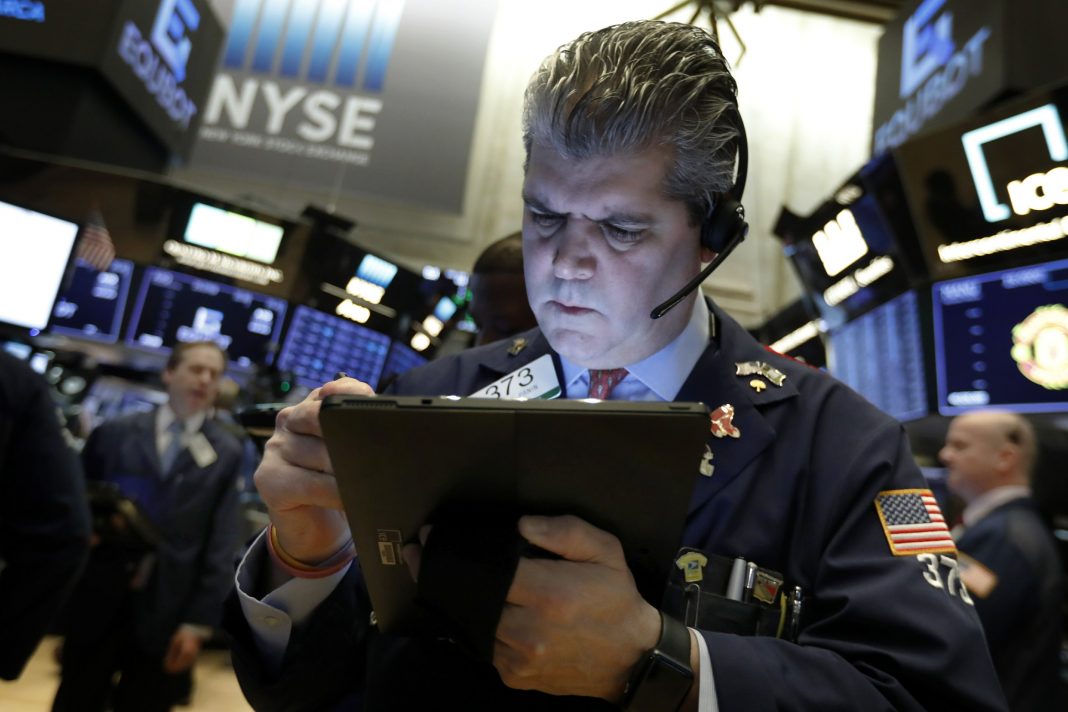 Stocks moved broadly higher Friday afternoon on Wall Street after a better-than-expected report on U.S. jobs eased worries that the economy is slowing too sharply.

Health care, energy and technology stocks accounted for much of the rally, which placed the benchmark S&P 500 index on track for its seventh straight gain.

Investors welcomed new data showing that U.S. employers added 196,000 jobs last month, more than economists had forecast. The gain gave encouragement to economists who said the prior month’s jobs report, which was shockingly weak, may have been an aberration and that the economy can continue to grow, albeit at a slower pace.

The jobs report also hit a happy medium for markets, strategists said. It was neither low enough to heighten recession worries nor high enough to prod the Federal Reserve to raise interest rates.

“This is another green shoot of growth,” Steve Chiavarone, portfolio manager and equity strategist at Federated Investors, who pointed to other encouraging data about the U.S. and China’s economies from recent weeks. He expects economic growth to re-accelerate after hitting a bottom in the first part of 2009.

The S&P 500 has climbed every day this week, though most of the gains were only modest, and it now sits just 1.4% away from its most recent record high, which was set in September.

The index has been tacking on more gains since closing out its best quarter in nearly a decade, with a 13.1% rise in the first three months of the year. If the index ends Friday higher, it would clinch a seven-day winning streak, its longest in a year and a half.

Stocks around the world have also been climbing as the United States and China say they are making progress on talks to ease their trade war. President Donald Trump said Thursday that the U.S. and China were “rounding the turn” in the talks, which resumed Wednesday in Washington. No details were announced, but Trump said after meeting with Chinese Vice Premier Liu He that “something monumental” could be announced within weeks.

Challenges still lay ahead for the market, though, including expectations for the weakest batch of corporate earnings reports in years.

The Russell 2000 index of smaller company stocks picked up 0.8%.

JOBS REPORT: The stronger-than-expected jobs report helped smooth concerns about the economy, after February’s report initially said just 20,000 jobs were added during the month, which was sharply below the recent pace. The government on Friday revised that number to growth of 33,000.

Average hourly earnings rose 3.2% in March from a year earlier, which was weaker than economists’ forecasts. Markets pay close attention to the numbers because while higher wages help workers afford to buy more things, they also crimp corporate profit margins.

Energy stocks in the S&P 500 jumped 1.6%, by far the biggest gain among the 11 sectors that make up the index.

GAME ON: Snap climbed 4.2% after the photography-based social media company announced it is expanding into online games and original entertainment programming.

UPCOMING EARNINGS: Profitability is one of the market’s top concerns as companies line up to begin reporting their first-quarter results next week.

Analysts expect companies in the S&P 500 to report a nearly 4% drop in earnings per share from a year earlier, which would be the first decline since the spring of 2016.

The expected drop in profits is due almost entirely to weaker profit margins. Analysts are forecasting that revenue grew nearly 5% for S&P 500 companies during the quarter. Companies are holding on to less of each $1 of revenue as profit than a year ago, analysts say.

BREXIT WOES: Britain’s FTSE 100 rose 0.6% after Prime Minister Theresa May requested a further Brexit extension from the European Union until June 30 to give the U.K. breathing room since it is now scheduled to leave the bloc in just one week.

European Council President Donald Tusk proposed a longer time frame, urging the 27 other EU nations to offer the U.K. a flexible extension of up to a year to make sure the nation doesn’t crash out of the bloc in a chaotic and costly way.

The yield on the 10-year Treasury tends to rise and fall with expectations for the U.S. economy and inflation, and it had been largely falling since last autumn as worries about a possible recession grew. After hitting a bottom at 2.37% last week, though, it had begun to recover.

On Friday, the yield on the 10-year Treasury climbed as high as 2.54% in the minutes following the job report’s release, up from 2.51% late Thursday. But the gains evaporated, and it subsequently dipped down to 2.50%.

The yield on the two-year Treasury, whose movements are more closely tied to the Fed’s actions, also bounced up and down following the jobs report. It was at 2.34%, up from 2.32% late Thursday.