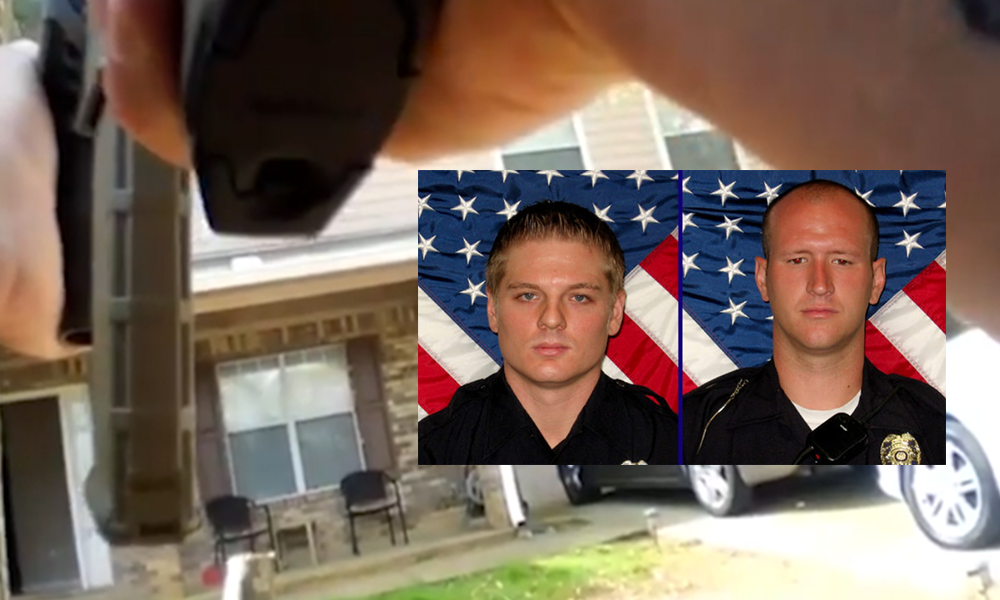 The man accused of shooting two police officers and killing his girlfriend, her teenage son and then himself fired hundreds of rounds at officers, Henry County police Chief Mark Amerman said Friday morning.

But Anthony Bailey shouldn’t have had a gun at all. He’s a convicted felon and served nearly two years in prison for an aggravated assault conviction in the 90s, according to the Georgia Department of Corrections.

Bailey allegedly killed Sandra White, who was pregnant, inside her Stockbridge home Thursday morning. Then, he shot two officers who arrived at the home.

Officers Taylor Webb was shot in the chest and hip and Keegan Merritt was shot in the hand, Amerman said. Each had been on the force for seven years and both remained Friday at Grady Memorial Hospital. Both should survive their injuries.

Friday afternoon, Henry police released body camera footage from the first officers arriving at the scene. White’s sister called 911 after seeing the pregnant woman on the ground in the garage, according to police.

Officers saw blood on the driveway and the woman bleeding and unresponsive and forced their way into the home, video showed. Immediately, the two officers were shot.

“Shots fired! Shots fired!” an officer is heard yelling in the video.

Officer Taylor Webb was shot in the chest and hip, Amerman said. Webb made it to the garage of the home, where he saw White’s lifeless body. A second officer, Keegan Merritt, was shot in the hand.

Bailey is then heard yelling at officers to not come in the house, warning that he had ample ammunition.

The hostage was White’s son, Arkeyvion. Though police never made contact with the teenager, he was able to send text messages to relatives, Amerman said.

Officers negotiated with Bailey for hours, but he refused to surrender.

“We tried to do everything we possibly could to bring this to a peaceful resolution,” Amerman said.

After deploying gas into the home, Bailey again fired at officers and an armored truck, but no one was injured, Amerman said. Around 3 a.m., Georgia State Patrol troopers entered the home and found three bodies: Bailey, Sandra White and Arkeyvion.

Ethiopians Jailed for Up to Two Years for Not Wearing Masks...