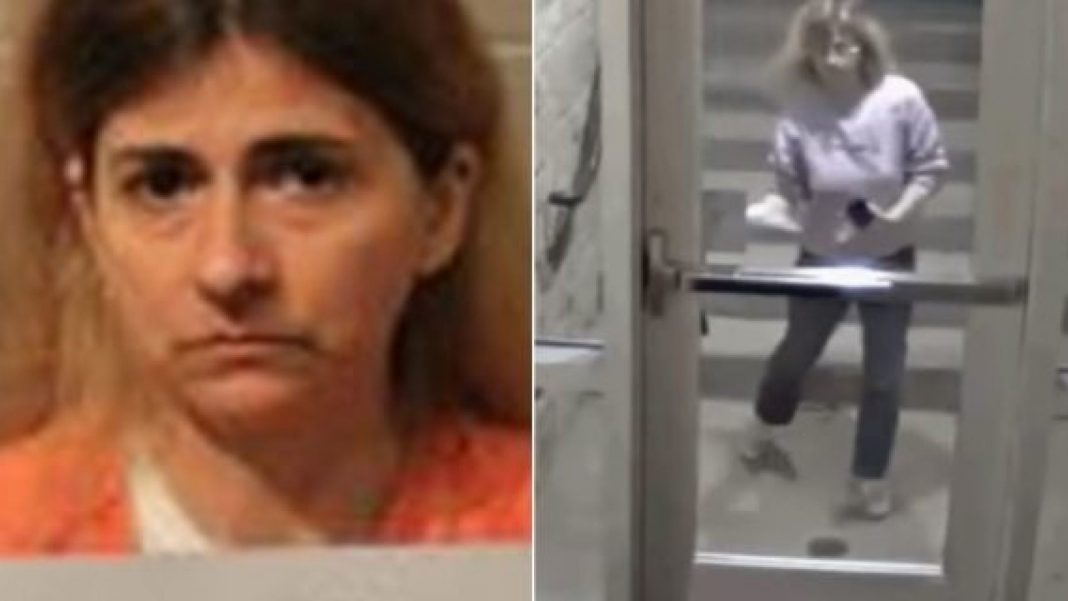 A woman has reportedly been taken into custody after allegedly spray-painting racist and anti-Semitic messages on a series of buildings and properties – including a Democratic Party headquarters and an elementary school — in two of Oklahoma’s largest cities.

Allison Christine Johnson was tracked down Thursday afternoon following a joint investigation involving the police departments of Oklahoma City and Norman, and the FBI. The 45-year-old, according to voting records viewed by KFOR, cast her ballot twice as a Democrat in 2007 before switching to the Republican Party.

“Investigators believe the alleged suspect for all three incidents is the same suspect believed to be involved in similar incidents that recently occurred at various locations in Oklahoma City,” the Norman Police Department said before Johnson’s arrest.

As of Friday morning, Johnson currently is booked in a Cleveland County jail on a complaint of terroristic threats. No bond has been set, and Oklahoma Police wrote on Facebook that Johnson “will face charges for the graffiti/hate crime incidents in Oklahoma City as well.”