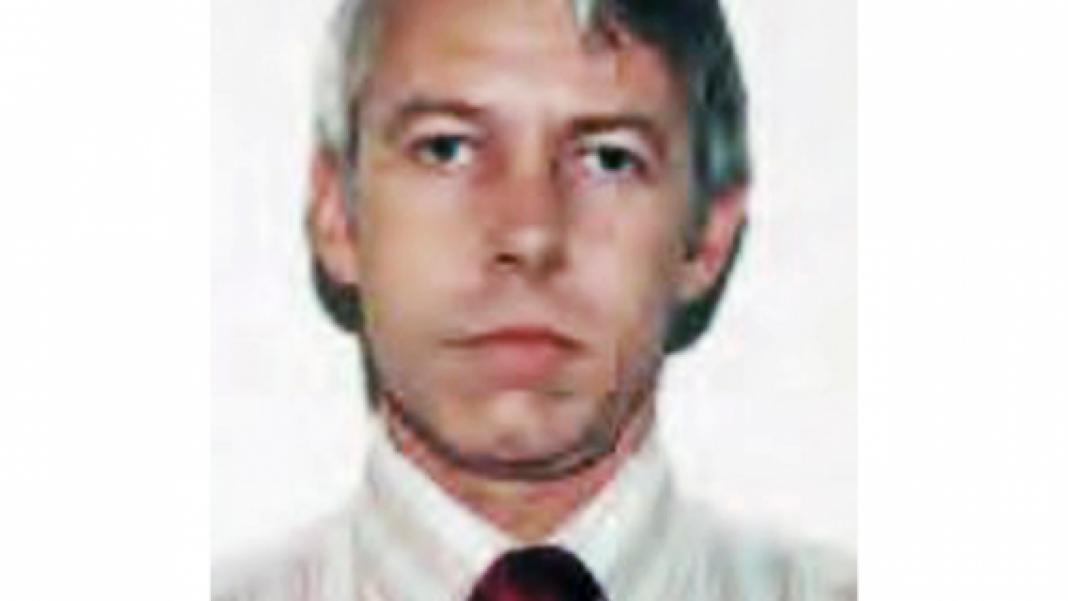 FILE – This undated file photo shows a photo of Dr. Richard Strauss, an Ohio State University team doctor employed by the school from 1978 until his 1998 retirement. A year after Ohio State announced an investigation into allegations of decades-old sexual misconduct by Strauss, a team doctor, his accusers are still waiting for the findings. Strauss killed himself in 2005. (Ohio State University via AP, File)

COLUMBUS, Ohio – A year after Ohio State announced an investigation into allegations of decades-old sexual misconduct by a team doctor, his accusers are still waiting for the findings. Meanwhile, two related lawsuits are moving into mediation. A federal agency also launched a review of the school’s response to student complaints. No one has publicly defended Strauss. A look at where things stand:

Since the university first publicized allegations about Dr. Richard Strauss on April 5, more than 150 former students have provided firsthand accounts of alleged sexual misconduct by him.

The men’s claims span from 1979 to 1997 — nearly all of Strauss’ two decades at the university. The accusers include athletes from at least 16 sports and also students Strauss encountered through his work at the student health center and his off-campus clinic . Many of those speaking publicly say they were groped during exams.

A law firm investigating the allegations for Ohio State has interviewed more than 440 former students and university employees believed to have relevant information. Some accusers and their lawyers have questioned the independence of that review.

There is no set timeline or deadline for the investigation, which has cost over $1.5 million . OSU promised to share the findings.

“Our guiding principle since this process began has been to lift up and support our community while pursuing the truth, uncovering what happened, and determining what the university and its leaders knew at the time,” OSU said in a statement Thursday.

The U.S. Department of Education Office for Civil Rights also said it would examine whether Ohio State responded “promptly and equitably” to students’ complaints.

After a whistleblower helped to spur the investigation, middle-aged men found themselves sharing long-stifled stories about Strauss with their families and reevaluating the doctor’s behavior and the locker room jokes it fueled.

Some sought counseling or reconnected with old teammates to talk. Many say they still love their alma mater.

Kent Kilgore, a swimmer in the early 1980s, said he remains haunted by thoughts of what might be different now if he had stood up to Strauss as a student early in the doctor’s career at Ohio State, before many of the other accusers encountered him.

“That is my nightmare,” Kilgore said recently. “That’s my stress. That’s my pain.”

Former wrestler Mike Schyck said he thinks the investigation has taken too long. In the meantime, Schyck said, alumni who have publicly shared their experiences with Strauss have encountered mixed reaction — often support, but occasionally suggestions that the allegations are a money grab or a smear campaign against a dead man.

“It’s not like there’s 150 to 200 people that all of a sudden conspired to say, ‘Look, we’re going to make this up and we’re going to go and try to take somebody down,'” Schyck said.

Strauss, a well-regarded physician and sports-medicine researcher, killed himself in 2005. His family has said they were shocked at the allegations, but no one has publicly come to his defense.

Employment records released by the university reflect no major concerns about Strauss. But alumni say they complained as far back as the late 1970s, and Ohio State has a documented complaint from 1995.

The State Medical Board of Ohio said it never disciplined Strauss but acknowledged it has confidential records about the investigation of a complaint involving him. The board and university wouldn’t share any details, but records of board communications indicated Ohio State reported Strauss to the medical board at some point.

Strauss’ personnel records indicate he previously worked at five other schools. Most say they have little record of him, and none has said any concerns were raised about him.

Dozens of plaintiffs behind two lawsuits against OSU allege over 20 school officials and staff, including two athletic directors and a coach who is now a congressman, were aware of concerns about Strauss but didn’t stop him.

The suits seek monetary damages, but many of the men say they’re more concerned about accountability and transparency from the university.

Ohio State has sought to dismiss the lawsuits as being time-barred by law, though university leaders insist they’re not ignoring the men’s stories.

Lawyers involved couldn’t agree on a mediator , so a judge recently picked a federal judge in Cincinnati. The mediation process is just beginning.

Meanwhile, Ohio State offered to help the men access counseling for free through outside providers.