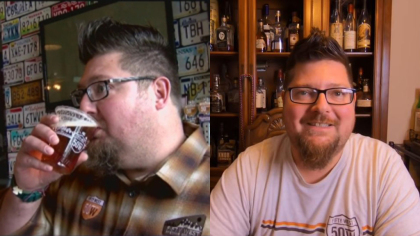 PITTSBURGH (KDKA) — Usually people give up beer or alcohol for Lent, but an Ohio man is drinking only beer and it’s helping him lose weight.

Del Hall first made headlines in February after announcing he would be drinking nothing but beer between Ash Wednesday and Easter.

Well with just a few weeks to go, Hall has now lost more than 33 pounds.

“Weirdest thing is my dreams, I have been dreaming about food every night,” Hall said.

For 46 days, Hall says he will have an assortment of beer for breakfast, lunch and dinner.

Hall says he is following the lead of monks in the 1600s, who would fast during the season by a bock beer diet.

“That would be their liquid bread, and basically it would sustain them through 46 days of Lent,” Hall says.

He will also be documenting his Lent beer diet on social media and will be tracking his weight.

But Hall says he has a game plan, and wants to see if he can prove to himself that it’s possible.

“I’m an army veteran I was number one in my class in the army, I’ve run a full marathon before 26.2 miles I’ve done big challenges but this seems very daunting so I’m just curious if I’m up to the challenge, if I’m going to be able to do it or not.”

Hall says he will still be drinking water during the fast and will be checking in with a doctor.

The stock market has put in a top and an ‘enormous’...