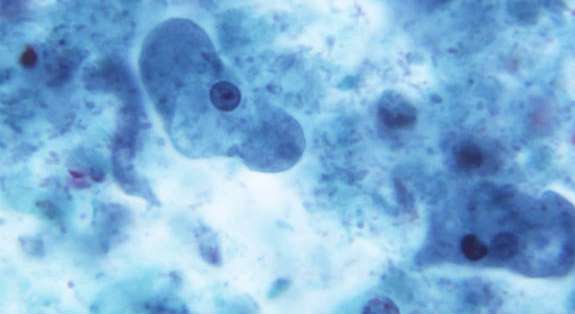 A multistate outbreak of E. coli has raised alarms and questions: As of Thursday, 72 people in five states have become ill, yet the cause of their infection remains unknown, the US Centers for Disease Control and Prevention reported Friday.

Symptoms of this bacterial infection, which usually begin about three or four days after consuming the bacteria, can include watery or bloody diarrhea, fever, abdominal cramps, nausea and vomiting.

Eight people involved in the mysterious outbreak have been hospitalized. No deaths have been reported. People started becoming ill March 2, and the patients range in age from 1 to 74 years old. Additional illnesses tied this outbreak may still be reported, the CDC said.

Government scientists have not identified a food item, grocery store or restaurant chain as the source of these infections. The CDC, state health departments, the US Department of Agriculture’s Food Safety and Inspection Service and the US Food and Drug Administration are investigating the outbreak.

Anyone concerned that they might have an E. coli infection should talk to their health care provider. It is important to write down everything you ate in the week before developing symptoms. A medical professional can diagnose you as well as offer advice, including washing your hands, to avoid spreading it to other people.

E. coli are a diverse family of bacteria that can be found in the environment, in foods and in the intestines of people and animals. Most strains are harmless. To avoid becoming infected with a harmful strain, the CDC recommends using proper hygiene; cooking meat at proper temperatures; avoiding raw milk, unpasteurized dairy products and juices; and not swallowing water when swimming.

Most people infected by the bacteria get better within five to seven days. Antibiotics are not recommended for patients with suspected E. coli infections until testing has been performed.

Europe struggling with 2nd surge of COVID-19 case, and it may be worse than the 1st